Hemorrhaging millions for trades in occupied territories – 'Hard to control' 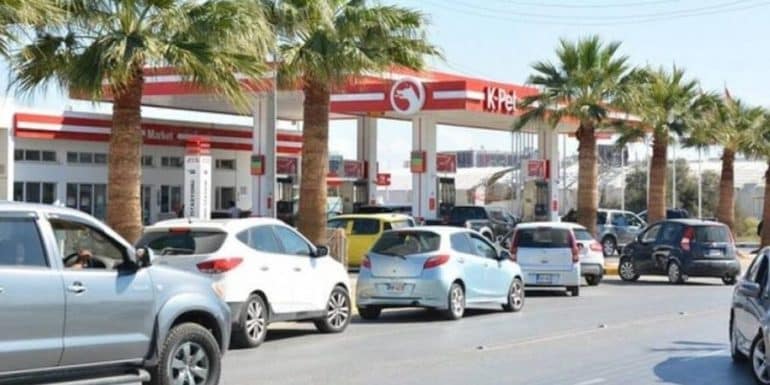 "The political direction that has been given by Brussels is firstly savings and from there and beyond how much everyone manages their energy needs. Let's see how they will react, i.e. what savings they can make and then how they manage their increased operating costs," said Mr. Christofidis.

"We have seen an increase in the price of oil in the international markets due to the intentions of OPEC to reduce its production by around one million barrels. From the one million that OPEC has announced, it is not expected to be the whole amount," said Mr. Florentiadis.
Among other things, he said that the war in Ukraine, sanctions on Russia and Russian oil, as well as the slowdown of the global economy, also affect the price of oil.

In addition, the issue of gasoline in the occupied territories was discussed.

"It is a serious matter, known to society, we know that the fuel sold in the occupied territories is not what the European Union approves and it is one of the arguments used by those who have taken legal action against the Republic," said Mr. Christofidis.

"Society in general has become complacent regarding the issue of Cyprus and the fuel problem is difficult to control. The people who put fuel from the occupied areas suffer the inconvenience of the roadblocks which operate with some delays. Our sensitivity to the problems brought by the non-resolution of the Cyprus issue is selective. When they start to harm our own pocket, we start to complain," said Mr. Florentiadis.