Change gender up to twice from age 16 – Church disagrees 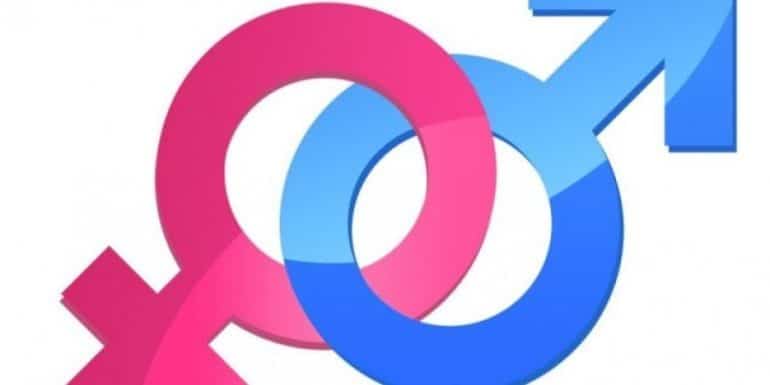 The debate on the bill that allows for easy procedures to change gender identity has opened in the Parliament.

It is noted that the bill in question was completed after five years and Cyprus is one of the last members of the European Union that has not established a clear and legally protected procedure for the legal recognition of gender identity.

This process will concern transgender people, i.e. people who perceive their gender differently from the gender assigned to them at birth. In other words, these people are given the possibility to change the details of their identifying documents.

What the bill provides

The application must be accompanied by an affidavit indicating the desired gender, first and last name, while declaring that the person submits the application of his own free will and understands the consequences of this procedure.

It is emphasized that the person does not need to undergo any surgery and it concerns people who have reached the age of 16. It is a condition, however, that the applicant is not married and this right can be exercised up to twice.

If the application is approved, a new identity card, passport, voter's book, birth certificate with the new information as well as a legal gender identity certificate are issued.

It is also noted that it is the applicant's obligation to arrange for the immediate change of his details in the various services and if he does not do so, he will be considered to have committed a criminal offence.

The issues that arise

During the debate in the Legal Committee, the supporters of this bill were also heard with children who are being bullied for who they are and cannot change it, but questions were put on the table that should be answered, such as which toilets will those go to change sex, whether they will do military service, even what prison ward they will end up in if convicted.

The head of the human rights sector of the Ministry of Justice, Aristos Tsiartas, was asked to respond to specific issues that arise.

Regarding cases where some people try to hide from the law if they can choose this way as a way out to escape, he said that the data identifying the identity, that is, where they determine his relationships, the number of social insurances the number of documents , all these elements remain in the file and do not change. The only thing that changes is only the name of the person, the gender which is now determined in a certain way. The rest of the information that identifies the identity in relation to the services, courts and other organizations remains the same.

Asked to answer whether a girl who wants to change her gender will join the army, Mr. Tsiartas said that the 16-year-old conscripts go through a very strict process and one of the elements they take into account is whether this application that is made , through these procedures and the many control filters will also be a procedure that tends to free someone from his military obligations. He also noted that how the military will operate this whole issue is something that will be regulated like many other issues that concern how they will operate socially.

The positions of the parties

During the debate in the Parliament, AKEL Member of Parliament, Aristos Damianou, registered his party's disagreement with the presence of a representative of the Church in the debate, saying that they respect the role of the Church of Cyprus, however, for issues that concern purely issues of rights and above all legal and social issues there must be a separate role.

The Member of Parliament of DIKO, Panikos Leonidou, expressed the opinion that it is the duty of the Commission to listen to the Church as, as he said, its role is not only theological but also exercises a wider social role.

Mr. Tornaritis expressed his position that any citizen or institution of the Republic, who feels the need to say or testify something to the Committee, is free to attend and express their views and it is in this context that the Church was invited.

The Member of Parliament of ELAM, Sotiris Ioannou, questioned why the word gender is not defined in the legislation and whether everyone will be able to "declare whatever they want", asking where it stops.

He also asked if there are clarifications in the bill, whether a 17-year-old who changes gender will be required to be drafted, but also whether he will be able to enter women's locker rooms, or if convicted, whether he will be sent to women's prisons. He also asked if the opinion of the child psychiatric society of Cyprus was also sought, saying that in Greece the corresponding society disagrees with similar provisions regarding children.

The position of the Church

The representative of the Church of Cyprus, Archimandrite Georgios Christodoulou, noted that AKEL's position has "become a refrain in every presence of the Church" in sessions, adding that it does not bother them, but also that he disagrees with the opinion that they have no reason and role, because the Church is "the greatest institution in this place", and more ancient than all the institutions of the place.

Summarizing the views of the Holy Synod, Mr. Christodoulou said that they consider gender to be a gift given by God which serves the mystery of life and is not an element of choice of self-determination or change at will.

The bill in question, he said, "essentially recognizes the right of man to oppose his own nature", while torpedoing the sacred institution of the family. He also said that they believe that in extremely rare cases where there is a gender disorder, and after the necessary medical opinions and interventions, a legal arrangement could be made to register a change to the gender that has previously been registered.

He also noted that "it reverses the morals of our people", while something that can go unnoticed by other peoples, cannot have the same fate in an Orthodox people with a long Christian tradition, and appealed to the MPs, "not to establish that remained healthy in this place, as the psychosomatic degeneration of society is not the best thing for a people fighting for its national survival".

Regarding Accept - LGBTI Cyprus, its president Nicolas Tryfon raised the issue of the age limit and the fact that someone has to divorce to change their identity, noting also that transgender children face many problems in schools, and it is important that they are protected, like all children.