From 28 to 18, it is planned to reduce the "municipalities" in the occupied territories

From 28 to 18, it is planned to reduce the "municipalities" in the occupied territories after the majority approval of the "bill" for their unification 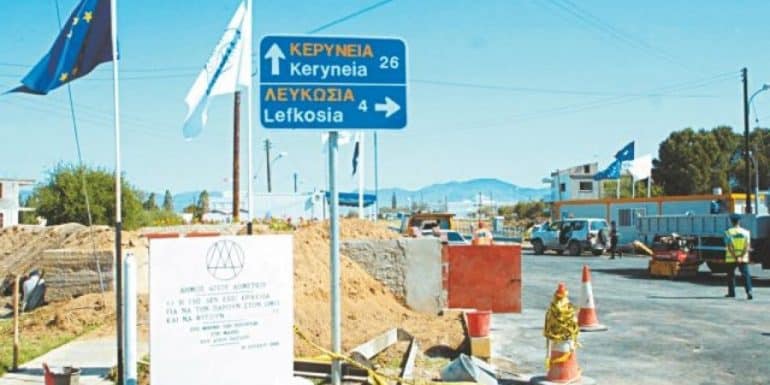 From 28 to 18 "municipalities" in the occupied territories are expected to be reduced after the majority approval of the "bill" for their unification in the context of local government reform, one of the conditions in the current economic protocol of Turkey - pseudo-state.

According to media reports on Thursday, yesterday the report of the "health and public affairs committee" of the "parliament" was published in the "official newspaper", where the issue was discussed and approved by the votes of the "deputies" of the "joint government" against opposition RTK. The relevant map was also published.

The issue of the financial survival of the local government in the occupied territories, which operates mainly with direct funding, as well as its reform, has been discussed for years, causing reactions.

One of the key points of the "bill" is that during the merger of the staff of the "municipalities" that will be consolidated, the employees will maintain "the same rank, the same grade and the same organizational chart, starting from the senior." Collective agreements will also be maintained.

The said "committee" of the "parliament" discussed the controversial bill on March 29 and 31, April 4 and August 11, and it was approved. It has now been referred to the plenary for approval when the "parliament" reopens from the summer recess, but approval must come before the bans for November's "municipal elections", which start at the end of September.

As a result of the merger, movable and immovable property, all debts, claims, rights, obligations in cooperatives and funds belonging to "municipalities", whose legal entity is abolished, will be transferred to the newly created "municipalities".

The "mayors" who with the abolition of the "municipalities" will not be able to earn the pensionable right due to the position, until their retirement will receive the same salary and benefits, as mentioned.

According to the "bill" 9 villages and areas of occupied Nicosia will be included in the "municipality" of Nicosia.

4 villages including Pano Deryneia will be included in the "municipality" of Famagusta.

A "municipality" of Gialousa - Karpasia is also being created, which will include 15 villages, including Rizokarpaso, which until now was a separate "municipality".