From Larnaca airport, tourists go to the occupied areas

What does a report by Yeni Duzen say? 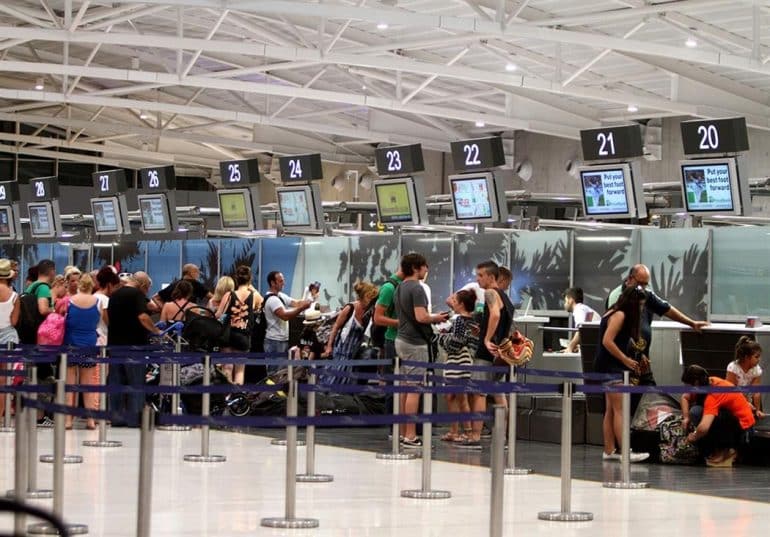 The tourist season in the occupied territories will be better than the previous two years, however the number of tourists is not at the desired point, with the actors in the sector talking about the "non-optimal hand" for this year.

In a report by Yeni Duzen, the president of the Turkish hoteliers' association, Dimag Tsainer, said that many foreign tourists prefer Larnaca airport and then go to the occupied rather than the illegal Tympu airport. Due to the financial crisis and the expensive tickets, he added, there is not much traffic from Turkey.

"Undersecretary of Tourism" Serhan Aktunds noted that the biggest problem at the moment in tourism is the prices of air tickets, while the tourist operators in the occupied areas point out that due to the economic crisis, the local population does not prefer hotels for their summer vacations, such as did in the past.

However, it is added, due to Ramadan next month, many hotels are even 80% full.

According to Mr. Zainer, another serious problem for hoteliers is the high operating costs due to the increases.

The president of the T / C Association of Travel Agents, Orhan Tolun, stated that the 30 occupied hotels are currently closed. There is electricity from Turkey, he added, but there are reductions in the number of foreign tourists. Last Eid (holiday), he said, the numbers were down and he wished next month that things would be better

For travel agents, he said, the situation is even more difficult, because they want to bring in foreign tourists, but "foreign tourists yoke". And those (agents) who want to send foreign tourists to the occupied territories can not because of the accuracy, he added.

Aside from the big hotels with casinos, he noted, the rest will not reach - what is open - not even 50% of their fullness.