Shock in Parliament: "A student intended to open fire at a school" (VIDEO) 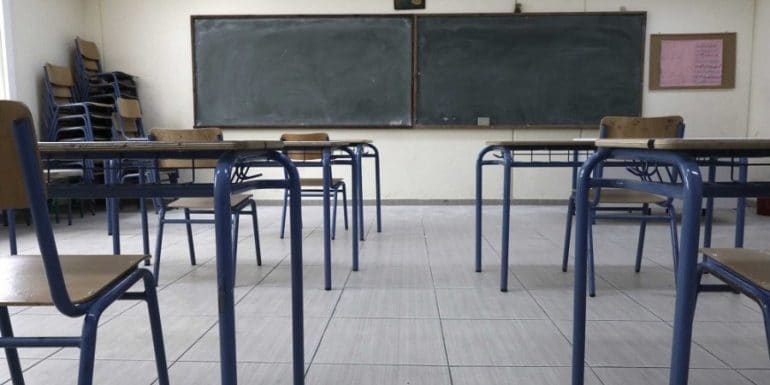 A cry of despair from the residents of Kokkinotrimithia for the situation that prevails in the community and in the surrounding areas for the constant incidents between immigrants both in the center of Pournara Hospitality and within the communities.

Unbelievable complaints were revealed before the Ad Hoc Parliamentary Committee on Immigration.

Residents of Kokkinotrimithia are sounding the alarm about the situation prevailing in the community and in the surrounding areas for the continuous incidents between immigrants both in the center of Pournara Hospitality and within the communities.

The President of the Parents' Association of the Kokkinotrimithias Regional High School revealed that an incident was prevented last November. Specifically, a foreign student intended to enter the school with a gun and start firing. The student had revealed his thoughts and intentions to his classmates, according to the President's complaints.

His classmates revealed everything to the teacher who, with the competent bodies, prevented the student's intentions.

Another lady complained that when she was pregnant, foreigners entered a supermarket and tried to steal her bag. When she entered the kiosk, she left her little girl in the vehicle for a minute and two foreigners approached her.

Elderly people also receive invasions in their homes at night by foreigners who are in the area. They can not get on the buses to go to other areas because they are full of immigrants asking for money and threatening and shouting at the elderly.

The mayor of Kokkinotrimithia said that the community has taken all the burden of immigration and said that the situation has escaped, blaming it for not carrying out an inspection.