The 39-year-old permanent Criminal Court acquitted him in the case of transporting about 20 kilos of cannabis through Paphos airport. 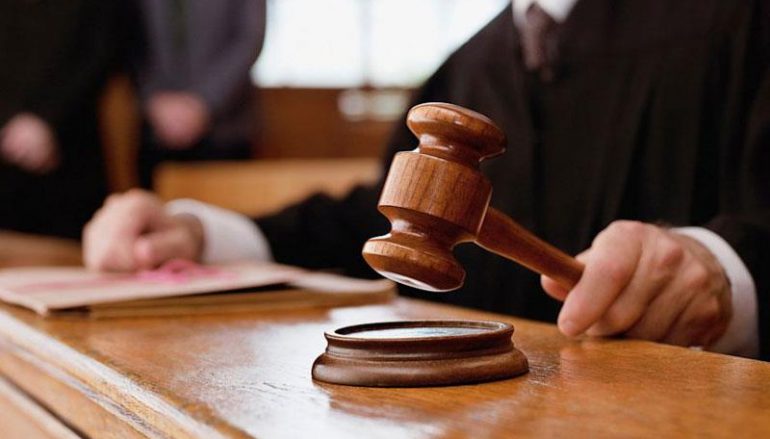 The 39-year-old was acquitted by the permanent Criminal Court that is meeting in Paphos for the case of transporting about 20 kilos of cannabis through Paphos airport.

Regarding the events of the case, the Prosecution Authority, represented by the Lawyer of the Republic Andreas Hatzikyrou, had presented to the Court three witnesses, the first of whom was a police officer-examiner - who was examining the case. The second witness of the age of 35 was the one directly involved (accomplice) in the said offenses, and the third witness was the customs officer who had arrested the 35-year-old, now a witness, upon her arrival at Paphos airport with her suitcase. of about 20 kilos of hemp.

It is noted that the 35-year-old has been sentenced in 2019 to nine years in prison and is the one who introduced cannabis in the Republic of Cyprus and is serving her sentence in the central prisons.

Announcing its decision, the Paphos Criminal Court stated that it had examined the credibility of all three prosecution witnesses, deeming the examiner of the case credible, as far as the transfer of evidence and the customs officer were concerned.

Regarding the 35-year-old prosecution witness, the Court in its long decision referred to specific findings.

Specifically, the Court ruled as a credible finding the fact that the suitcase was given to the 35-year-old by a person in order to transport it to Cyprus.

However, as regards the fact that the 39-year-old defendant gave her the suitcase and told her to transport the drugs to Cyprus, the Court referred to the 35-year-old's contradiction, noting that the Court could not rely on this testimony in order to issue a conviction against the accused.

Specifically, the Court noted in its decision that through the examination of the 35-year-old defense attorneys Maria Satolia and Elias Satolia - who is the only one involved the 39-year-old defendant in this case -, and the Court did not he could safely stand on that testimony to see if what was said was really true.

Following this, the Court ruled that it could not safely convict the accused of committing the said offenses, as a result of which he was acquitted and acquitted of the said case.

The Court also referred to the background of the case, according to which the defense attorneys Maria Satolia and Elias Satolias, in previous court proceedings, had suggested that the constituent elements of the crime were not proven at first sight and that the testimony of the 35-year-old prosecution witness is unreliable and illegal and the accused must be acquitted and acquitted of the charges. They also added that no reasonable Court could create a presumption of guilt against the accused.

The defense attorneys' motion was not accepted by the Paphos Criminal Court and after that the two sides proceeded to the final speeches for the evaluation of the testimony.

Mr. Hatzikirou had referred to the offenses and that beyond any doubt the Court can convict the accused based on the testimony before him, while Mr. Satolias referred to the reasons why the Court should not convict his client.

In particular, he relied on the grounds that the only evidence before the Court is from a prosecution witness who has been convicted in the same case for the said offenses. He stated that based on the testimony given before him, the suspicion of not committing the crimes can easily be created.

The 39-year-old was detained at the request of the prosecution since July 2020, while his defense lawyers had not objected to his detention, due to the fact that the accused has no ties with the Republic of Cyprus.