"Why not know the names of the suspects?" 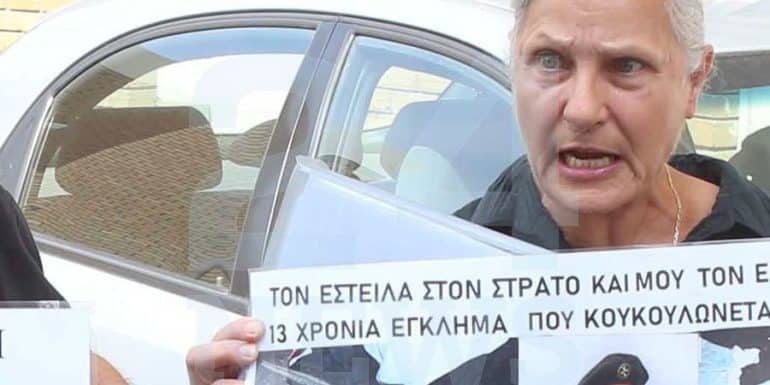 Adriana Nikolaou expresses her disappointment with the statements of the Assistant Attorney General.

His mother Thanasis was hosted in Protoselidos and spoke about what Savvas Angelidis mentioned about why she is not handed over the conclusion of the criminal investigators.

"I read his statements. They have not responded to our lawyer's letters explaining to them that we are legally entitled to it. We did all this research," said Ms. Nikolaou.

"We have repeatedly said that we do not want the findings to fall into the hands of the Legal Service officials, from those who have troubled us for so many years

Why not know the names of the suspects? Let's delete the names after all.
They want to disguise themselves. Why didn't they send us even one letter.

They know the murderers and the moral perpetrators. We want them to study the result independently and not from those who covered it up for so many years", he said.

"We need their arrest to feel that there is some justice. It's not just 3-4, it's too many. Without the disclosure and arrest of the perpetrators there is no justice. They are now trying to cover up those who have been covering it up for so many years. Fortunately, God gave me the strength and I dug up my child and he "spoke" himself," he said.

He went on to say that "even at the exhumation they objected, all these years I have been fighting with that.

If the Assistant District Attorney thinks that's the first finding we're going to get, we got too many. We have all the investigations in hand.

My son saw signs and monsters so he was gagged so he wouldn't speak. On the morning of the funeral, 3 officers came to the house. His Commanding Officer was asking me, did he say anything to you last night when he came home? I told him no, he was upset but didn't say anything to us. And he said to me, is it possible? He wanted to know if our son told us what he told the officers the day before and the next day he was found dead."

"They don't have the guts to go and catch them. This place needs cleaning. I also wonder why I live. God is helping me, I feel a strength, it is my child who was unjustly killed who is up high and sees me", concluded Andriana Nikolaou.