Kadis assures: The government next to the farmers of the affected areas

The government next to the farmers of the affected areas, Kadis assured 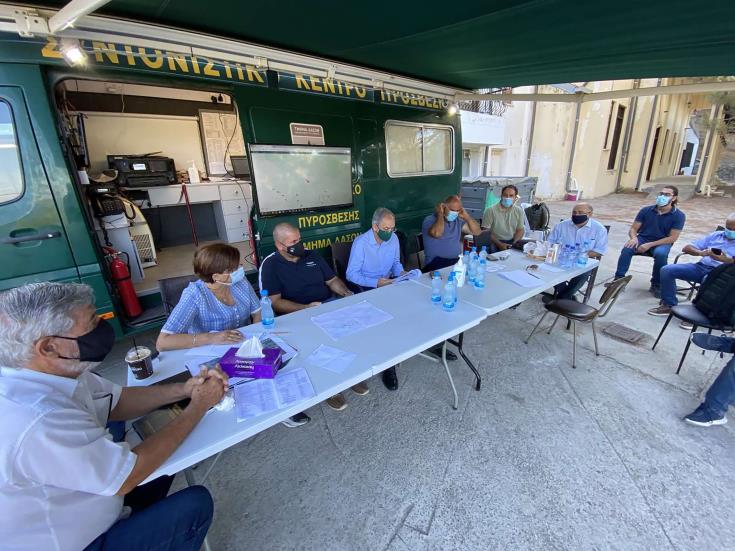 The government will stand by the farmers of the areas affected by the catastrophic, deadly fire in mountainous Larnaca, assured the Minister of Agriculture, Rural Development and Environment Costas Kadis, adding that everything possible will be done to have all the support and continue to work as they did before the fire. "

In statements during his tour of the affected areas of mountainous Larnaca, the Minister stated that "the image one encounters while touring the areas of the devastating fire is heartbreaking. "We are here to see for ourselves the damage that our farmers have suffered and to send them the message that the government is by their side."

He noted that "we have given instructions and steps are already in the area of ​​the Ministry of Agriculture and are recording the damage in order to have a specific proposal to the Council of Ministers tomorrow as to how our farmers will be compensated. The pace at which they will be supported will be fast, so that there is no gap or inactivity and I believe that with the support of the State the farmers will remain in their place ".

Costas Kadis sent the message "that the government will be by the side of the farmers in the area" and said that during his tour "we will talk to the people who have been affected throughout the affected area and I assure them that we will be by their side". their".

Answering a relevant question, the Minister said that "we will do everything possible to have all the support and continue to work as they did before the fire".

Asked about the cost of the damage caused by the catastrophic, deadly fire, Mr. Kadis replied that "it is too early to say anything because today the Ministry of Agriculture is in the area and we will have this information in the coming days." .