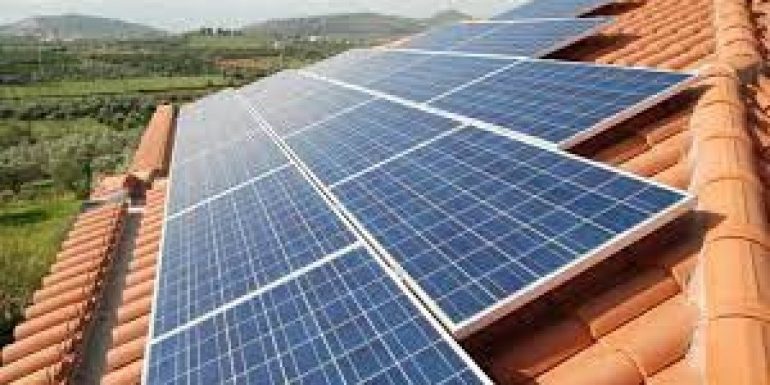 The Council of Ministers decided on Monday to expand the list of vulnerable groups entitled to sponsorship for the installation of photovoltaics and roof insulation with eight additional categories, as announced by the Minister of Energy, Trade and Industry, Natasa Pileidou.

With the additional categories, but also with significant improvements to the categories that already existed, the list of vulnerable households expands by 30.000, reaching 80.000, according to the Minister.

In addition, the budget of the specific plan is increased by 40 million euros, in order to cover more households, vulnerable and non-vulnerable, in the coming months, Ms. Pileidou announced.

The Minister reminded that €160 million are currently running in grant projects from the Ministry of Energy that mainly concern the green transition and entrepreneurship, while at the same time an additional €350 million has been spent by the government on short-term and other measures.

"The specific additional €40 million will come from the RES-EXE fund, where some reserves have been created, given the increase in fuel prices. Therefore, this reserve is utilized, so that we can move towards the green transition, while helping citizens to reduce the cost of electricity", noted the Minister.

The eight categories included in the new list of beneficiaries concern:

Families with an income of up to €19.500 with dependent children up to 18 years of age who receive child benefit, recipients of the dialysis allowance from the Department of Social Integration of Persons with Disabilities, fasciitis kidney patients, people suffering from multiple sclerosis, patients who are beneficiaries of the special monthly pension from the Patients' Relief Fund, laryngeal cancer sufferers, heart transplant recipients and Raynaud's syndrome sufferers.

Changes have also been decided to the existing categories, since large families and families of five who receive child benefit are considered to fall in, whereas until now there were some narrower criteria which are now being widened, while recipients of pensioners' benefit on low incomes no longer have to be over 70 years to fall.

"It is the best way to reduce the cost of electricity, so we urge all citizens to consider the plan and take advantage of it," said the Minister.