Thanasis murder: Matsas not under investigation - "I did not commit any offense" 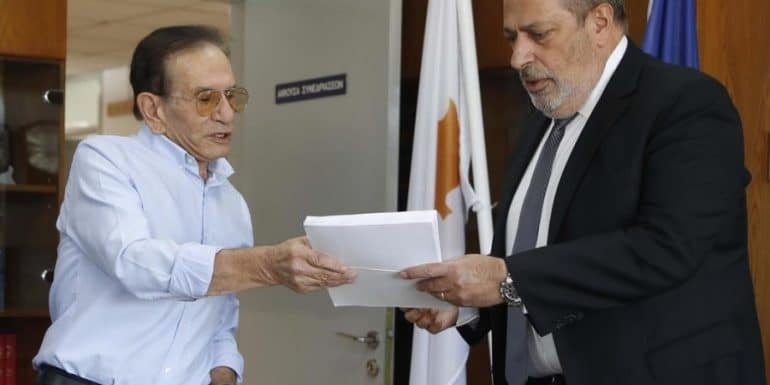 The criminal investigator Savvas Matsas will not assist the new investigations into the murder of Thanasis following the decision of the General Prosecutor Giorgos Savvidis.

According to what the Attorney General stated at noon on Monday, Mr. Matsas is excluded from the subsequent investigations, due to non-respect of confidentiality regarding the content of the finding, while as he claims, relevant recommendations were made to him.

There are so many things that I respected my role and didn't mention anything. Society through the mass media demanded to know epigrammatically what the bottom line was in this case.

I don't think I have committed any wrongdoing or breached ethics in this matter. On the contrary, what should be done in a democratic society is that the world should be informed epigrammatically about everything that is being investigated, and that those in charge should not think that they are in the invulnerable and uncontrolled by society and that they are acting arbitrarily and in a way that no one can control them ", he said.

He went on to say, “I find this act to be arbitrary, wrong, and damaging to the credibility of the continuation of this case.

Afterwards, the lawyer of the family, Mr. Loukis Loukaidis, intervened and said "I expected someone who holds the office of Attorney General to be objective and fair. He told you that he sent us an invitation to go to his office but he didn't tell you why we didn't go. We didn't go because he only wanted to inform us."

SigmaLive contacted Mrs. Andriana Nikolaou, mother of Thanasis, who, visibly disappointed, did not want to make any statements.