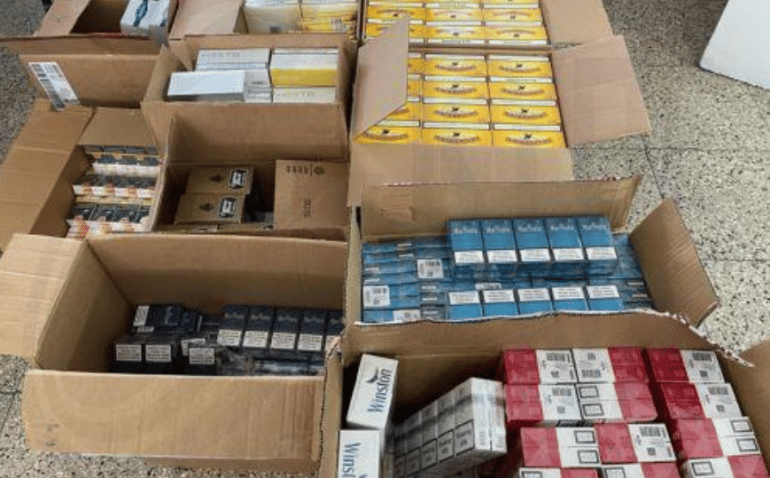 A person, aged 59, was arrested by members of Customs for the offense of unlawful possession and carriage of duty-free goods and taken into custody.

A search of his luggage revealed tobacco with a total weight of 8.850 grams as well as 98 packs of cigarettes for which duty had not been paid.

The 59-year-old was arrested and taken into custody.

The case is being investigated by Paphos Customs.