Cypriots trapped in a London airport - "We had no information" (vid) 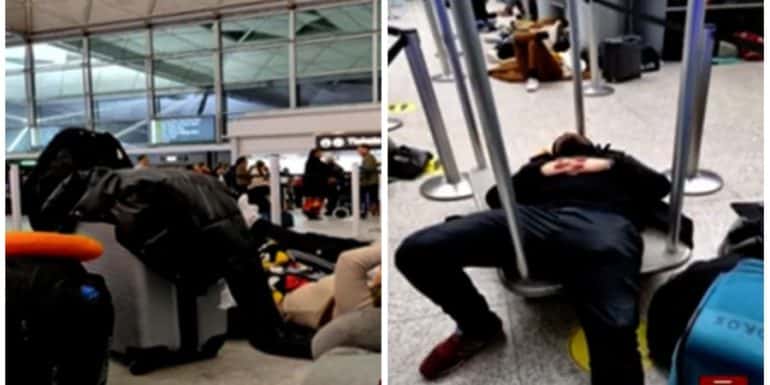 Cypriot citizens were trapped in London Airport, after flight cancellations caused by the bad weather.

According to Alexandros Chrysostomou, a passenger on the flight that was canceled yesterday due to bad weather and ended up in London, he said that several of his passengers started at seven in the morning and headed to Stansted Airport in Lodin via the train line.

He also noted that, they waited in line for two hours and headed to check-in which took another half an hour and were running to catch the flight which was due to depart at 12:35 but when they arrived the process had not even started. They waited there for 4 hours and finally they were informed that the flight will take place the next day.

He also added that more than 30 Cypriots who would return to Cyprus suffered from this process.

The nursing staff is on strike

Nursing staff in Britain are on strike this week, which is expected to hit already stretched hospitals and put pressure on Prime Minister Rishi Sunak to quell the country's biggest strike in decades.

The strike by nurses comes as rail and post office strike action takes place, airports are braced for disruption and GPs, midwives and teachers prepare to vote, threatening more trouble for an economy that may already be in recession. .

Unions are seeking double-digit wage increases to keep pace with inflation, which hit 11,1% in October, the highest in 41 years.

But the government has so far not backed down on pay claims and is instead seeking to strengthen laws to stop some strike action, meaning there is no end in sight to what has been described as the "winter of discontent", a reference to the strikes that have brought Britain to its knees in the period 1978-79.

Strikes are expected to take place every day this month. Union estimates say more than a million working days will be lost in December, making it the worst month for strike problems since July 1989.