IMAGES: 2nd chance in life for 23-year-old Magdalene - She lives thanks to her guardian angel

Magdalene was in the operating room when she was just two months old. Today at the age of 23, she continues to live, dream and offer generously to those who need it 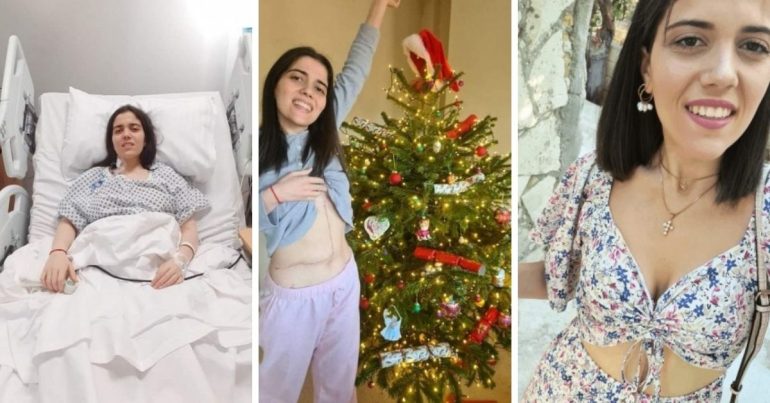 A two-month-old baby was found in the operating room bed. She spent her childhood with frequent visits to a hospital in England and watching the "balloon" in her abdomen. Today, at the age of 23, thanks to her guardian angel - as she calls her doctor - she continues to live, dream and offer generously to those in need.

Magdalene has set a new goal, to become the person who through her experiences will give strength to someone who has gone through or is going through the same. In her interview at SigmaLive talks about what she experienced from the beginning of her life, the second opportunity she was given and her new daily life after her return to Cyprus. 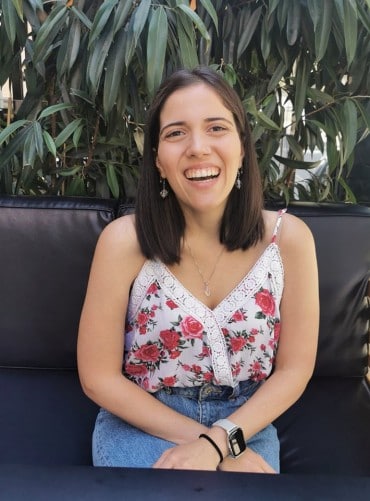 Childhood and the "balloon" in the abdomen

It all started in the first months of her life. Magdalene was born with a rare liver disease, biliary atresia. "Children born with this condition have a damaged liver and when I was two months old I had to go abroad directly for surgery to stay alive."

That was just the beginning. The hospital became Magdalen's routine after other treatments and examinations emerged. Next to her rocks and a pole of positivity are her parents and sister.

"I have excellent parents who helped me not to treat my condition as something that would make my daily life difficult, but as something beautiful.

I was different. Due to the disease, splenomegaly was created, which meant that with simple movements or a stroke I could end up with internal bleeding. At a young age, my family conveyed this to me very nicely. I was told that I had a big balloon inside me that I had to watch out for. Growing up, I understood in more real terms exactly what was happening to me ".

She went through moments when she refused to accept her condition. But he always found a way to smile and move on.

"There have been difficulties and limitations. I did not do things as a healthy child would. "A big issue was the shortcomings I had in my classes due to my frequent absences from the hospital in England, where I was monitored."

Waiting for a year… And the magic phoneHowever,

At the age of 18, Magdalene had to undergo a second operation to correct the first one she had done when she was an infant. At 22, she is on a waiting list for a transplant until the day she received the most important phone call of her life.

"I had to stay in London waiting on the list for about a year and a half. During this time the state of health deteriorated. My liver was getting more and more damaged day by day. I lost my strength and got to a point where I needed help to walk or do the basics.

Until a magic phone call came. It was the phone call that saved my life. I remember every detail from that day, the procedure, everything. I was called from the hospital for the transplant, I did all the tests I needed but I was second. They had made it clear to me that if the liver matched another patient I would leave. And indeed it did. The liver suited the patient and I returned home. "

Magdalene was not disappointed. "We were in the same position with this man. The more he needed it, the more I needed it. In the evening, however, the phone rang again. I called us again from the hospital to be told that we would eventually have a transplant. Within an hour we were there. It was the surgery I expected as much as anything else in my life, because I knew I was losing my life and that (s.s. the surgery) would save me ". 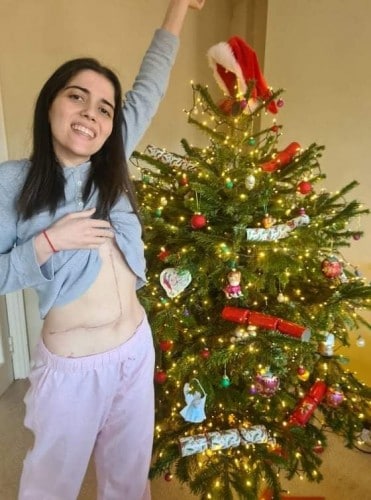 When asked now, Magdalene does not accept the big mark on her abdomen that took place after her transplant and whether she will undergo surgery to remove it.

"I was asked if I would have surgery to remove the big sign of my transplant. I said it is excluded. I'm proud of my mark. That's the reason I'm alive now. "

"It did not pass without thinking of my donor"

Although she has not yet found those words that will unite what she feels for her doctor, she feels grateful every day. He is her hero who gave her life. In fact, as she confesses to me, not a day goes by that she does not think about it. Every time she falls, she gets up again and wants to make her proud.

"I have a part of her that I keep alive now and I want to make her proud. This woman is my hero to me. He is an angel who is always by my side. I close my eyes and think of her with the image I created of what she looks like. I was reborn and my gift of life was given by my doctor. Unfortunately I do not know much information about her except that she was 55 years old and had a healthy liver. I have been trying to write a letter to her family for about five months but I can not find the words to write. A thank you is a little. Not a day goes by that I do not think about it. Everything I do every day I do thanks to her. "Without her, I would not be here today."

The return to Cyprus, the dreams and the Rare Diseases Alliance

After returning to Cyprus, she immediately began her studies and took another big step. To move from Limassol where her family is, to Nicosia. When you ask her about her dreams with a smile she answers "I stopped dreaming and I enjoy every day as it comes and I am happy. "If you think that last year on such a day I was locked up with my mother in a room in England, I can only be grateful now."

Because of her condition, Magdalene's mother, along with other parents whose children have the same condition, created a link. The link Children with Liver Diseases, George Psaras Round Table. "George Psaras was one of the first members of support in the creation of the association who passed away and his name was added to his memory." 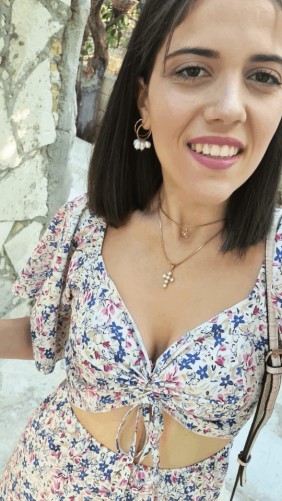 They later became members of the Pancyprian Alliance of Rare Diseases. In a group, "a different big family", adds Magdalene.
"My goal is through my experience and experiences, to help people who are going through or have gone through something similar. I want to be myself for others, like that person I spoke to then and gained strength before my transplant. "Every person suffering from a rare disease should not feel alone."

This year, on the occasion of the International Day of Organ Donation, a photo exhibition will be held on November 1st. There, transplant recipients will post personal photos before and after their transplant, giving the message of a second chance at life.

The exhibition will be conducted by three members of the Alliance. The Association of Liver Patients and Friends of Cyprus "Prometheus", the Association of Amyloidosis of Cyprus and Children with Liver Diseases at the Cultural Center "Old Market" in Palouriotissa November 1-5.