"I have been homeless for seven months. Please give me a "second chance"… »

"I have been homeless for seven months. Please give me a "second chance"… » 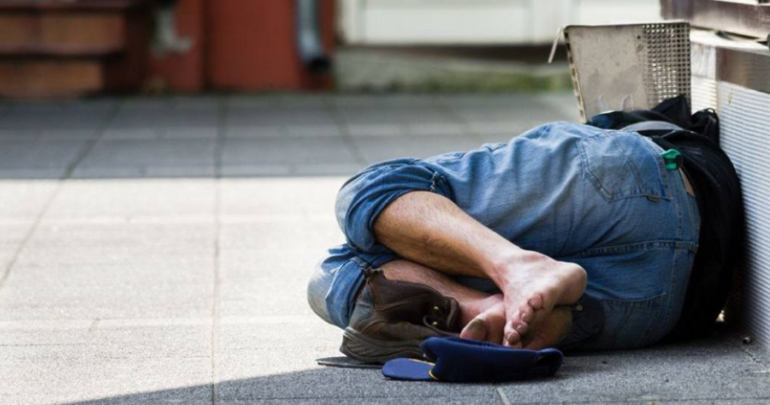 George Metaxas was born and raised in Limassol. He has been homeless for seven months, without clean clothes, without hot food. He is 51 years old and today, he apologizes to those who have been hurt, for all the mistakes he has made that have led him to this point. He asks the society for a "second chance" to prove that he can become a useful and productive member.

"I was born on 12/2/1970 in Limassol. When I was six months old, my parents immigrated to England. They left me with my grandparents and returned permanently to the island when I was 9 years old. All this time I rarely saw my mother coming every Christmas and Easter.

We returned to Cyprus and since then I made one mistake after another… I was a naughty child, nervous. I was not listening to anyone. Imagine, when I made a mistake, petty theft and such, I would go to the police on my own and surrender. I was not an old child, I was ambitious but I was easily carried away.

Today I am 51 years old and I am homeless. I have psychological and respiratory problems. I get 480 euros (from the Minimum Guaranteed

Income) but with so little money I can not find a rent or warehouse. I sleep on the benches and last night, I got on the bus, I made the trip just to sleep.

I am ashamed of my downfall and ask society to forgive me and give me a "second chance". I made mistakes but I regret it bitterly. I hurt and deceived people to whom I apologize today. I want to find a job. To work, to prove to myself but also to those who once believed in me that I can change, to become a useful and productive member of society.

Please help me find a house, a job, some clean clothes. "Give me a 'second chance' to prove I can change."

Let us not forget that the homeless are waiting for the warmth and care they have been deprived of. Let them become part of our thinking and daily life. It's the minimal gesture of humanity and culture owed to them.