44.000 new Philathlou Cards were issued from last July until this year

Within a year, 44.000 new Philatholo Cards have been issued 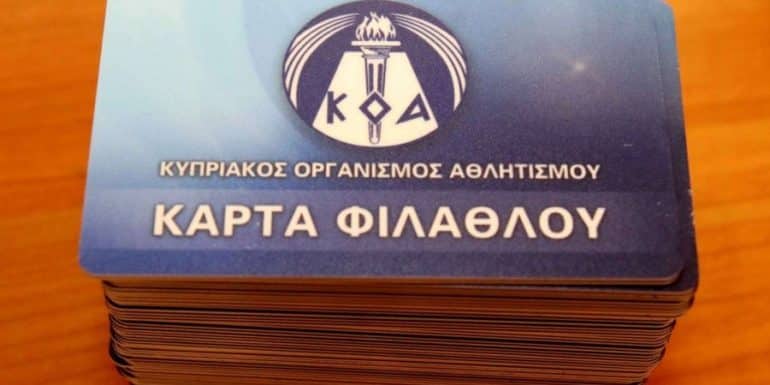 From last July until this year, i.e. within one year, 44.000 new Philathlou Cards have been issued, according to data obtained by the KYPE from the CMO.

According to the same data, a total of 154.000 Cards were issued since the beginning of the implementation of the Philathlou Card.

A sports source from whom the KYPE asked to comment on the increase and whether the increase is due either to the participation of Cypriot teams in European competitions or to the return of the organized ones to the stadiums, noted that the upward trend existed before.

"From the data, it appears that the increase is not particularly due to the fact that Cypriot teams are playing in European competitions or to the fact that the organizers of various teams have announced their return to the stadiums," he said.

The same source stated that the most important thing is that the Philathlou Card is now issued in electronic form.