Extensive damage to a vehicle from an early morning fire 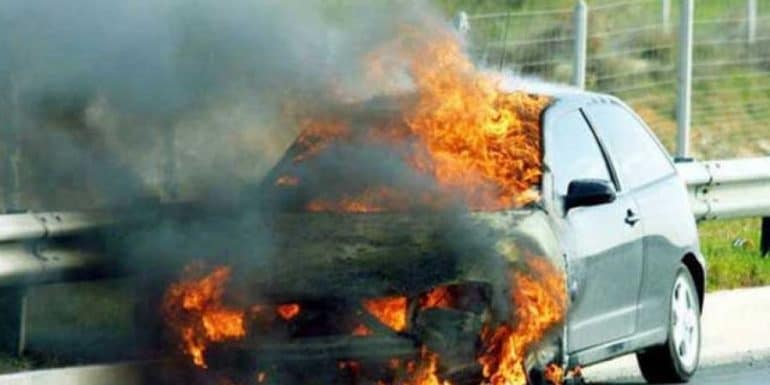 A vehicle that caught fire early this morning in Aradippou suffered extensive damage, while a second vehicle was also affected.

In a statement from the Fire Service, it is stated that around 05:18 a call was received about a fire in a vehicle, which was parked outside a house, in the Municipality of Aradippou, in the province of Larnaca.

"The Police and the Fire Service responded with two Fire Engines from the Larnaca Fire Station under Constable Andreas Papadopoulos, as a result of which the fire was brought under control around 05:50", it added.

According to the Fire Department, "the vehicle suffered extensive damage from the fire and heat. In addition to the fire, a second vehicle was affected at the rear, which was parked near the vehicle in question."

The causes of the fire will be investigated later today by the Fire Service, in cooperation with the Police.