Auditor's Report: The detainee has been on sick leave since 2015

Overtime in Police and PY and other important findings 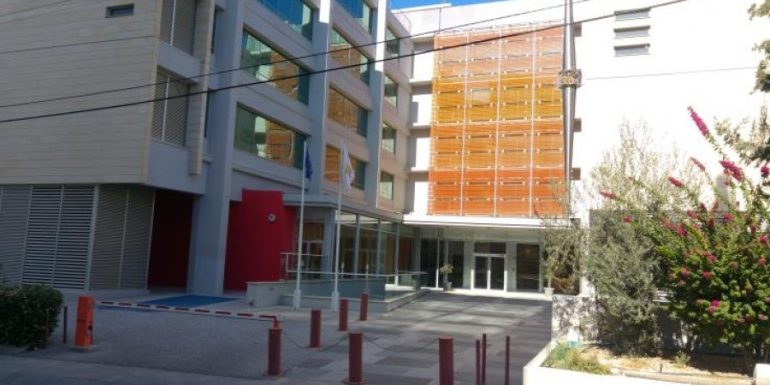 The hours that were credited, due to overtime, to the staff of the Police, the Fire Service and the Prison Department, are still at high levels and at the same time there are weaknesses in the compliance with the provisions of the relevant Laws, Regulations and Police Regulations, weaknesses in control of expenditures and incomplete compliance with the circulars of the General Accounting Office of the Republic as well as significant delays in resolving the housing needs of the Police and the State Archive.

These are the most important findings of the Audit Office in a special report for the Ministry of Justice and Public Order that was posted on Thursday on the website of EV.

The report states that the majority of the findings were related to shortcomings in the implementation of the established procedures and for this purpose, the EV states that a reliable system of internal control should be established, which will ensure compliance with the relevant regulations. provisions and procedures, as well as the monitoring and implementation of the Agency's recommendations, within the principles of good administration.

Overtime in Police and Police

The rest of the free time granted, in view of overtime, in previous years, amounted to 31.12.2020, at 47.198 hours, compared to 51.899 on 31.12.2019. The Auditor states that despite the reduction observed, this still remains at a high level, which should be of serious concern to both the Police and the Ministry of Finance, in order to avoid the problems that occurred in the past and resulted in the payment significant sums of money from the State.

The hours that were credited to the overtime cards of the staff of the Fire Service, on 31.12.2020, were increased by 37%, compared to the corresponding ones on 31.12.2019, with the result that the problem worsens year by year.

Prison Department - A specific prison guard is on sick leave from 4.1.2015 until today

The report records a significant increase in the accumulated overtime hours of non-shift staff. It is reported that 24% of the detainees received sick leave for more than 42 days, a percentage that is considered very high.

A thorough review of 21 cases that received an excessive number of sick leave, during the period 2017 - July 2018, found that for six cases, for specific dates, it was still unclear whether their sick leave was justified while it is added that a significant number of members still not to provide the necessary medical certificates / supporting documents, to justify their sick leave.

A specific prison guard has been on sick leave since 4.1.2015 until today and as the report states from 2015, he was summoned before the Medical Council a total of 12 times, however he did not appear in any session. In addition, from 28.6.2019 until today, he has not presented any medical certificate. Disciplinary investigation is ongoing for this person.

The Auditor states that the replacement of the guards, who serve in the Prison Clinic, with nursing staff of the Ministry of Health is pending, despite the recommendation of the Committee for the Prevention of Torture of the Council of Europe.

Among other things, it is reported that the total cost of food for convicts and police detainees in the Central Prisons, increased by 21% in the period 2017-2020 and there is a delay in the delivery of drugs by the Pharmaceutical Services, resulting in the Department being forced to proceed purchases from private pharmacies to meet his needs.

Also, upon receipt of personal belongings by detainees, the provisions of the relevant Interdepartmental Order are not observed, regarding the conditions of their custody and no recording of the unclaimed items was made, in order to dispose of them, except those related to passports, ID cards and ballot papers, the report said.

Regarding the Administration of the Ministry, it is stated that the settlement of cases where an advance payment was given for actions, within the National Mechanism for Women's Rights (EMDG), is pending, without supporting documents for the expenditures made and / or the planned evaluation their.

It is reported for the Police that although more than two years have passed since the relocation of the GEEF to offices of the Ministry of Defense, the available office spaces that have emerged at the Police Headquarters, which could cover some of the housing needs of the Police that today they are satisfied with renting buildings, they remain unused, since the Department of Public Works can not guarantee the safety of the building before the completion of the assessment study of its static and seismic adequacy.

For a significant number of rented premises, the issuance of a final approval certificate is still pending, as a result of which the procedures of renegotiation of rents and signing of new contracts are frozen. In essence, the Police remain in buildings, the use of which constitutes a criminal offense and in addition has no signed lease agreements in force.

The storage rooms used by the Anti-Drug Service - Nicosia Staircase, do not meet the appropriate technical specifications, since in two warehouses the ventilation is not satisfactory, only one has a fire safety system, while one container, which is used as a non-storage space, is still It is covered by alarm and ventilation systems and due to the high temperatures that develop, a strong smell is emitted.

In some warehouses, movable property registers were not properly updated.

The fate of some items submitted by the Anti-Drug Service to the Nicosia District Court and placed in a warehouse, where a fire broke out in February 2018, has not yet been determined.
We found irreconcilable differences between the amounts collected online for out-of-court settlements, according to the computerized police system and the receipts, according to the statements of the payment provider (JCC).

There was also an increase in the cancellations of extrajudicial calls, due to incorrect registrations and other errors by members of the Police during their issuance and a small increase in police accidents, in which police vehicles were involved, without any responsibility being attributed to a member of the Police.

Pancyprian smoking controls have been significantly reduced in the last four years.

Over time, the Ministry of Justice and Public Order recommended the granting of pension benefits to former members of the Police who are forced to resign, based on their actual service, ie as if they were retiring voluntarily prematurely, without taking into account the serious crimes committed. them in resignation. Following the notification of our Service, it is reported, the relevant Police Order was amended and the procedure to be followed in such cases was determined, so that the seriousness of the crime is taken into account, as well as other factors.

The report of the Audit Office also notes that in a tender for the construction and supply of three (3) high-speed patrol cars, the Police proceeded to the direct award of a contract, through the negotiation process, with the existing contractor, for modification, extension and connection of the Central Police with the National Entry / Exit Control System, cost € 1.587.888, thus consolidating its dependence on the existing Contractor of the Central System, without even having a bargaining power, due to the monopoly regime created in such cases.

According to the state archive, the distribution of the archival material in six storage areas, in different parts of Nicosia, makes it difficult to complete the work of the State Archive and the distribution of the archival material, while the mentioned storage facilities have not been built with appropriate specifications. for storing sensitive documents.