Giannaki is in court again - He is facing eight charges

The hearing of the case of the former Commissioner for Volunteering, Yannis Giannakis, continues today 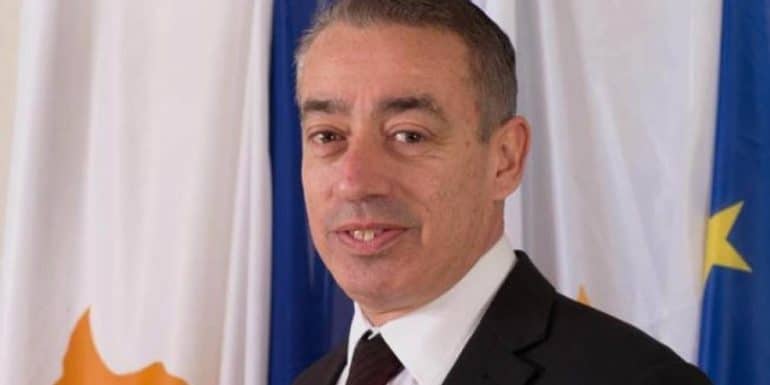 The hearing of the case of the former Commissioner for Volunteering, Yannis Giannakis, continues today at the District Court of Nicosia.

It is recalled that during the hearing, Giannakis answered no to the eight charges related to forgery offenses.

According to the indictment, the 1st charge relates to the forgery of an official document, with the details of the offense stating that on an unknown date, before or around February 10, 1995, in the Republic of Cyprus, for the purpose of extortion, he produced a forged official document, which appears that he is something he is not in fact, that is, he produced a university degree document, "BS in Civil Engineering", from San Diego State University, USA, dated June 1992, representing himself as the holder thereof, while he knew that it did not correspond to reality.

The 2nd charge he faces is that of forgery of a document and according to the indictment, on or about February 10, 1995, he knowingly and fraudulently put into circulation a forged official document, i.e. filed with the Youth Organization, the forged university degree document.

The 4th category is for circulation of the specific forged document. As stated in the indictment, on or about November 26, 1996, he knowingly and fraudulently put into circulation a forged document, that is, he submitted to the Cyprus Youth Organization, the forged letter of recommendation referred to in the previous charge.

The 5th charge concerns forgery of a forged document and more specifically of his degree, since according to the indictment, on an unknown date between June 1982 and November 28, 1996, with the purpose of extortion, he altered an official document without authority, in such a way that if the alteration has been authorized, she would change the consequences of the document, i.e. she tampered with the high school diploma of St. George in Larnaca, making grades in various subjects, as well as the overall grade, appear higher than they actually are.

In the 6th category, Mr. Giannaki faces the offense of circulating his high school diploma. As stated in the indictment, he knowingly and fraudulently put into circulation a fake official document, i.e. he submitted to the Cyprus Youth Organization, the fake high school diploma mentioned in the fifth category.

In addition, in the 7th category he faces the crime of forgery of the official document, which concerns the stamps that he put on his degree. The offences, according to the particulars of the offence, were committed between February 10, 1995 and November 28, 1996, with the intent to extort, after producing a false document, which appears to be something it is not in fact, that is, produced a university degree document " BS in Civil Engineering", from San Diego State University, USA, dated June 1992, which bore certification with the seals of the Ministry of Education and Culture of the Republic of Cyprus and the US Embassy, ​​presenting himself as the holder thereof , while he knew that both the document and the certification with the seals did not correspond to reality.

The 8th category concerns the circulation of the above forged document, since the accused allegedly knowingly and fraudulently put into circulation a fake official document, that is, he submitted to the Youth Organization, the fake university degree, as mentioned in the above category.

Attack on the media

At the previous hearing, the Prosecuting Authority requested that the accused pay a monetary guarantee and hand over his travel documents with the defense counsel objecting, indicating that this is a simple case of forgery and should be treated like the others.

At the same time, he characterized the conditions of the Accusing Authority as excessive and left sharp points to the media, stressing that the publications about his client exceed 1.100, while he spoke of intense predation by the media.

He explained that the bail is excessive and the request of the Prosecution Authority should not be satisfied, claiming that "the accused, despite being informed that he was accused by the Police by the media, came here to court. That is why he does not need to submit the travel documents, there is no case of evasion.

He also argued that the amount and type of guarantee should not be affected by the publicity the case received.

For his part, the judge decided that Mr. Giannakis should be released with the obligation to appear in court on the following terms: to deposit 20.000 euros in cash as a guarantee or alternatively to sign for the release of the bond with personal guarantee. Also, due to the seriousness of the offenses, he ordered to submit the travel documents.