"Until August we had 5.922.590 passengers passing through the airports of Cyprus" 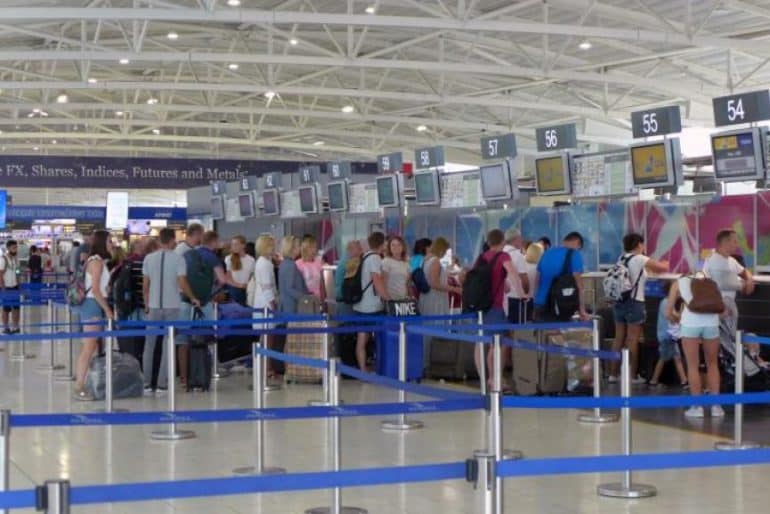 By August 2022, almost 6 million passengers passed through the airports of Cyprus, said the Minister of Transport, Communications and Works Yannis Karousos, while indicating that the year is expected to close at the traffic levels of 2016. According to the Minister, "looking at the positive side, we all expect that 2023 will be the year when passenger numbers and sales will return to pre-pandemic levels COVID-19».

In his greeting at an event of the Association of Sustainable Tourism for the World Tourism Day, which took place on Tuesday afternoon, at the Multispace of Creativity and Culture, in Larnaca, the Minister said that "in recent months, a huge effort has been made with the aim of strengthening the tourism sector aviation and its recovery from the effects of the pandemic, but also the crisis from Russia's invasion of Ukraine".

He added that "passenger traffic at Larnaca and Paphos airports in the year 2020 and 2021, amounted to 2.312.697 and 5.109.478 million passengers respectively, showing a total decrease of 79% and 55% compared to the year 2019. Still due to measures to enhance business liquidity, impact mitigation and incentive plans developed, the recovery seen in the current year has been ensured, which allows us to look with optimism to the future".

By August 2022, the Minister said "we had 5.922.590 passengers passing through the airports of Cyprus, while the year is expected to close at the traffic levels of 2016".

Referring to the moves and actions taken in the past period by the Government and the Ministry of Transport in various directions, in order to achieve the increase in connectivity and the protection of the sector, Yannis Karousos said that "an important change is the liberalization of ground services in airports (Ground Handling). This specific initiative resulted in the cost reduction of these services to airlines as well as the expansion of the fleet of many of these airlines on the island, thus strengthening their bases in Cyprus".

In addition, he noted "the liberalization of the market regarding the ground handling services provided at airports, brought about a reduction in the cost of services provided, which in turn makes our airports more competitive. Through the development of a competitive environment, airlines have already benefited with significant reductions in service costs and it is expected that substantial reductions in airport service costs will attract even more airlines and passengers."

In his greeting, Mr. Karousos said that "the actions of the Ministry of Transport, Communications and Works, the Deputy Ministry of Tourism and the managing company of Hermes Airports have brought positive results and allow us to be modestly optimistic. As an island, ensuring a satisfactory level of air connectivity is vital for economic, social and strategic purposes."

The development of tourist, commercial, business and technological hubs, he continued, "is a strategic objective for the government of Cyprus and air connectivity plays an important role for the country's economy".

Referring to 2022, Yiannis Karousos said that "it is not only an opportunity to recover in numbers of passengers and tourists, but also to highlight the perspective of tourism in the creation of new jobs and opportunities for the role of tourism in strengthening and promoting our cultural heritage and the natural beauty of our place".

Since sustainable development is a key pillar of the tourism sector, the Minister said "the Government of Cyprus will continue its efforts to promote solutions to optimize infrastructure, connectivity and the man-made and natural environment in order to contribute to the achievement of sustainability goals of the sector and in highlighting our place as a point of reference for attracting quality tourism".

The Government of Nicos Anastasiades, Mr. Karousos noted, "feels really proud" of emblematic projects, such as the Ayia Napa marina, adding that our strategically oriented policies are being adopted to establish Cyprus as a tourist destination throughout the year, according to the National Tourism Strategy 2030. A strategy that includes, among other things, the development of maritime and marine tourism, through the development of marinas along our coastline and the licensing of berthing areas for simple and ultra-modern boats, he added.

Essentially, we demonstrate in practice "that we make full use of our comparative advantages, with these advantages we create those conditions that allow us to proceed with projects of high value and development, which create hundreds of new jobs and attract quality tourism, with subsequent positive consequences in terms of to the inflow of direct and indirect revenues".