Kadis: There is a plan B 'for the descent of firefighting aircraft 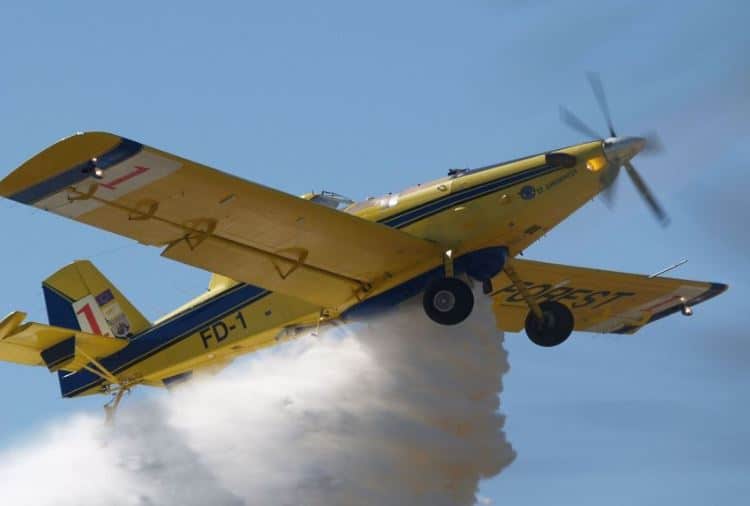 The Foreign Ministry is taking steps to Brussels to allow the leasing of Russian Kamov firefighting helicopters, in case it is not possible to secure other aircraft, Georgian Agriculture Minister Costas Kadis said on Monday.

Sanctions in Russia for the invasion of Ukraine have created problems in the fire brigade and as Costas Kadis stated in Limassol this morning, "our Ministry is making every effort to have this necessary readiness, due to the special circumstances that "They prevailed this year with the Russian invasion of Ukraine and the fact that there are restrictions on cooperation with bodies related to Russian interests."

"All this has affected the process of securing additional aircraft and has brought us some delays," he said, noting that two tenders were not successful, one for renting helicopters and one for planes.

At the same time, the Minister stressed that there is a plan B ', since "within days the negotiation process begins with bodies that have expressed interest, so that we can reach an agreement and the goal is to have as soon as possible, if possible by at the beginning of June, two helicopters and two planes ".

Recalling that the Department of Forests already has at its disposal two planes, the Minister of Agriculture stated that on May 13 two more are expected from Spain, and that "this year we have at our disposal a helicopter from E.F. and a helicopter by the Police, while efforts are being made to secure additional aircraft, through transnational cooperation ".

The situation in Ukraine, he continued, has not only affected our supply by companies of Russian interests, but has made it more difficult for all European countries to supply them with firefighting services.

"I have discussed this with my fellow Ministers, responsible for these issues and the same problems are being addressed in all European countries," he said, expressing the hope that "as soon as possible, with methodical, hard work, until the end of "In May, at the beginning of June, we will be in full swing."

Asked about this, Mr. Kadis said that, if there is no positive development in the consultations, "actions are taken through the Ministry of Foreign Affairs, so that in this exceptional case, we can, as an exception, cooperate with the company that brings the" "Kamof," because you understand that this is a matter of national security. "

The Minister of Foreign Affairs has already been informed about this, he added, and steps are being taken in Brussels in order to allow the Republic of Cyprus to lease the Russian helicopters for this year's firefighting needs.

Finally, the Minister of Agriculture stated that he had a meeting last week with the representative of the company from which the Republic leases the "Kamovs" and "it seems that there is a possibility, if we provide the green light, that these helicopters will come very soon. but it is something that we will see in the next ones depending on the consultations that will be done with the other companies as well ".