Police are advising the public 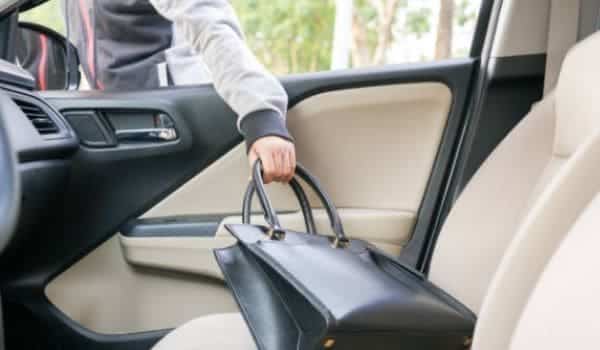 On the occasion of recent complaints from citizens about the theft of items from cars, while they were parked in various areas, the Police advises the public to take their own measures for the most effective protection of their property.

In order to prevent such phenomena and in addition to the efforts made by the Police to prevent vehicle theft, the public is urged to be especially careful and to take further measures to more effectively protect their property.

Responsible drivers should take seriously that lazy people are lurking and therefore, even in the event of a short distance from our vehicle, we must take all those measures that would prevent the theft of property from our vehicle or even the theft of the vehicle itself.

As an example, the following is a series of precautionary measures that citizens are urged to take.

1. Inside our vehicle we must never leave valuables, bags, wallets, briefcases, mobile phones, laptops or other items exposed and in a prominent position, which may attract the attention of vigilantes and encourage their theft, as well as in causing malicious damage, such as breaking a window or tampering with a vehicle door.

2. We park our vehicle in parking lots, since it is safer, while also not obstructing any traffic, nor causing inconvenience to residents by parking vehicles on private property.

3. During the night it is preferable to park our vehicle in places where there is enough street lighting. We avoid dark or secluded places.

4. We make sure we remove the vehicle keys, lock the doors and roll up the windows of our vehicle.

In general, the public is urged to be vigilant and to work closely with the Police and in the event that it detects anything suspicious, such as persons or vehicles moving suspiciously, or knows anything about such theft incidents, to immediately inform the local Police Station or to contact the Citizen Contact Line on the telephone number 1460, as this can help identify suspects, investigate theft cases and prevent such incidents in the future.

Finally, always having as a priority our physical integrity, safety and health, we avoid any confrontation with any suspicious person, who may react aggressively against us. The discreet observation of the suspects and the immediate information of the Police is the safest handling of such incidents by the citizens.