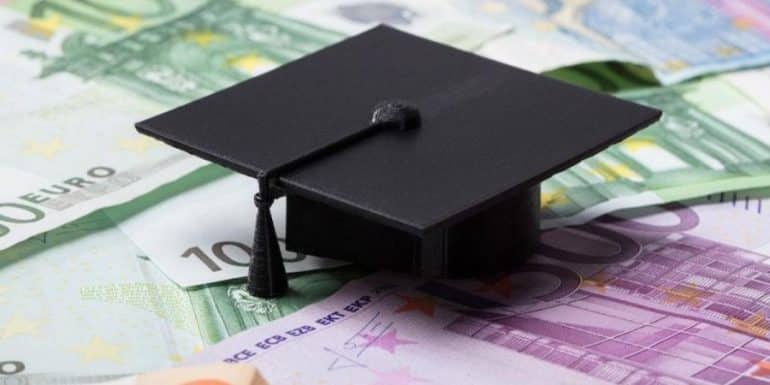 Additional funding for air fares and accommodation will be given to a significant number of students, the Minister of Education, Sports and Youth, Mr. Prodromos Prodromou, said in his statements, after the meeting he had today at the Ministry with the President of the All Cyprus Federation of Student Unions (POFEN) and Raphael Zachariadis.

The meeting was also attended by the Head of the Student Welfare Service, Mr. Gavriel Mithillos. Specifically, Mr. Prodromou said in his statements: "It is true that there are inflationary pressures all over the world and our students either in Cyprus or abroad are facing problems, which are related to housing and air tickets, the prices of which have increase.

Therefore, taking into account the inflationary pressures, as well as the request made by POFEN, we decided, within the framework of the possibilities we have and the policy for student sponsorship, to allocate, as foreseen, an amount of €3-3,5 million, for to be given as an additional sponsorship for air fares of €200 to more than 2.000 foreign students and also to be given an additional sponsorship for housing, of €500, which will support several thousand of our students.

We are responding to POFEN's request, making use of the margins given to us in the context of the Budget for state sponsorship, and there has been a discussion with the Federation for the coming years as well", concluded the Minister of Education.

For his part, the President of POFEN stated that POFEN welcomes the actions of the Minister of Education for making the undistributed fund available to students who really need it and expressed his satisfaction, because POFEN's proposals were adopted.

Afterwards, the Minister of Education answered questions from journalists.

Answering a question about how many students will benefit from these funds, Mr. Prodromou said: "Based on the calculations that have been made, 2.200 will benefit for the air fares and the aid for housing concerns more than 6.000 students."

When asked if these amounts will be added to the student sponsorship given each year, the Minister of Education noted: "It is about how much we can allocate from our Budget. We are not in a position to change the Budget now, but we are making use of the Budget, allocating the funds that remain available, targeting air fares and housing."

Asked if there will be a specific application that the students will make, Mr. Prodromou said: "No, it is based on the applications that have been submitted and the data processed by the Student Welfare Service. The additional sponsorship will be transferred to the accounts of the beneficiaries."