We're wearing the mask indoors again – Where it's not mandatory

It is mandatory to wear a mask indoors from today 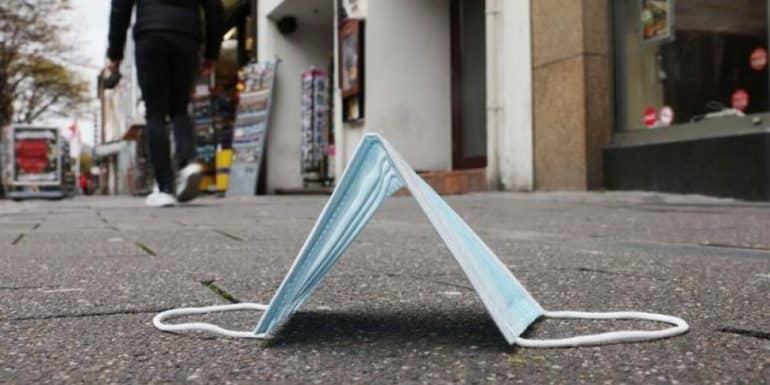 The use of a mask in closed, indoor spaces becomes mandatory from today.

As the Minister of Health Michalis Hatzipantela mentioned after the session of the Council of Ministers on Wednesday, the specific proposal was put to the Cabinet due to the increase in the epidemiological indicators but also in the hospitalizations of patients with coronavirus, data that caused a stir, as he pointed out, to all the competent agencies.

"In recent days there has been a significant increase in all epidemiological indicators as well as in the number of hospitalizations. Taking these into account, the Council of Ministers in today's session decided from July 8 to remove the obligation to use a protective mask in indoor and closed spaces for people over the age of 12," he said.

The Minister expressed his optimism that this time too people will observe the measures because "by observing the measures we first protect ourselves and secondly our loved ones and if we want to do that we have no other choice than to wear the masks us".

To another question, the Minister said that this proposal was put before the Cabinet as the relevant bodies realized that "unfortunately, several of our fellow citizens have been moving around indoors in recent days, without wearing a mask, while they had symptoms".

"So there has been a lot of retransmission of the virus in the last few days and so we are trying to stop this retransmission and at the same time we are not depriving the people of any freedom," he said.

The Minister also said that the situation in the hospitals is under control, that all necessary measures have been taken and "if we have to take additional measures we will take them".

He also stated that next week there will be a meeting with the scientific advisory committee "and if any other additional measures are proposed we will take them seriously".

The following are excluded from the above setting:

• People who actively drink or eat,

• People traveling in a personal vehicle alone or with other members of their family (including minor children),

• Bakers/cooks, only during baking,

• People with special cognitive abilities/mental/developmental disorders who do not comply with mask application,

It is reminded that non-observance of the measures is a violation of the Decree and the fine of €300 is borne by the citizen himself and not by the business/property.