"For society, homosexuals are still in second place"

"Cypriot society is still misinformed and does not accept us" 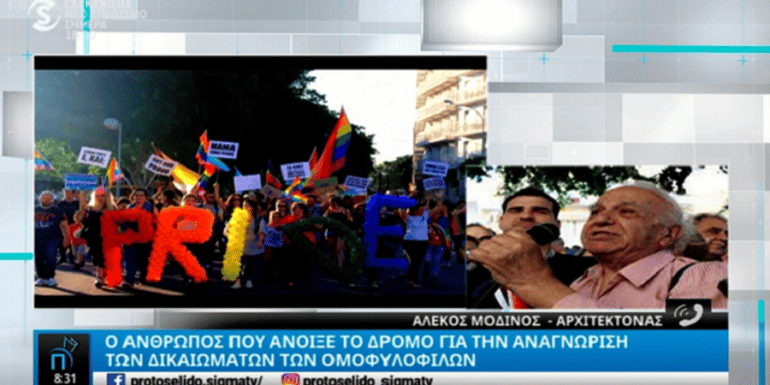 Alekos Modinos, the man who paved the way for the recognition of gay rights in Cyprus, was hosted on the Protoselido show.

Alekos Modinos said that things have changed a lot in recent years and the situation of LGBT people has improved a lot. Homosexuality was decriminalized 20 years ago and in the last 5-6 years, discrimination against them is prohibited, homosexual rhetoric is prohibited and, among other things, the cohabitation agreement also applies to people of the same sex.

"But Cypriot society is still misinformed and does not accept us. We are still second-class citizens and there is a long way to go before we reach full equality."

Asked to comment on whether Cypriot society was ahead of the state, Mr. Modinos emphasized that Cypriot society considered the issue of sexual orientation a taboo subject and did not discuss it, simply ignored it.

"Now, it is being talked about by the media, Accept is doing work with a few relevant people and the politicians claim that the Cypriot society does not accept them and that they are slowly trying to do what they believe is their duty. That is, to put in place the right laws and to inform society correctly."