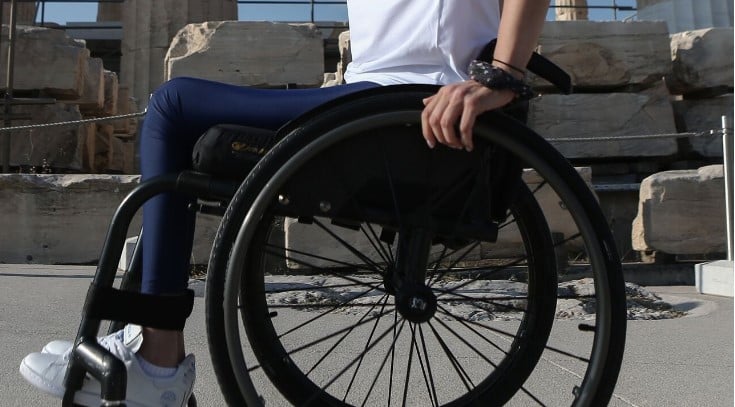 The Cypriot Confederation of Organizations of the Disabled (KYSOA) in its announcement, denounces the problem of a woman with chromosomal Turner Syndrome, who cannot enter her home due to the illegal construction of a building in front of her apartment.

KYSOA states in a post on Social Media that the woman is invited after an eight-month period of treatment and rehabilitation at Melathros Agonistos in Limassol to return to her home. "This, however, is absolutely impossible, since someone illegally placed a garage in front of the apartment she owns and lived in before the stroke that confined her to a wheelchair, closing off the space and the only entrance from which she would could enter through the kitchen into it.'

It is noted that both she and her family for 18 months, as well as KYSOA with written letters and personal communication with "competent government officials", Municipality of Limassol, Department of Urban Planning and Housing, Ministries of Interior, Labor and Transport, Deputy Ministry of Welfare and the Chief of Police himself, request their intervention to "remove the illegality and implement the laws of the republic to demolish and set aside the illegal property, so as to allow the woman to have unhindered, unhindered access to her own residence safely and without any difficulty".

"The woman with severe mobility and other disabilities is systematically deprived, with the consent of all the competent services and human rights protection institutions, of the fundamental and inalienable right of safe, unhindered and independent access to her own residence, in order to live with dignity together with her family," it added.

Despite the repeated appeals of the movement of people with disabilities, "the relevant Ministries, Services and independent offices do not seem to take into account the very serious situation in which this woman and her family have fallen and defiantly refuse to proceed without further delay in taking all the necessary measures", the announcement concludes.