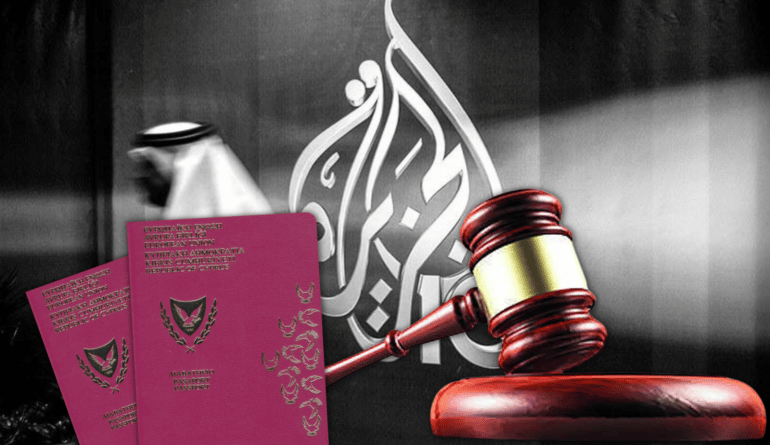 In the absence of one of the defendants, who is suffering from coronavirus, the proceedings before the Permanent Criminal Court, sitting in Nicosia, continued for the criminal case concerning both the report of the Al Jazeera journalistic network and events within the framework of the exceptional naturalizations of foreign investors and businessmen, based on the conclusion prepared by the Nicolatos Committee.

Accused in the case are the former President of the House of Representatives, Dimitris Syllouris, the former AKEL Member of Parliament, Christakis Giovani, the lawyer, Andreas Pittatziis, and one of the managers of Mr. Giovani's company, Antonis Antoniou.

According to his report John Giorgallis SigmaLive, during today's hearing, Dimitris Syllouris's lawyer, Chris Triantafyllidis, raised the issue of abuse of judicial process, quoting a framework with seven points with pre-trial objections, which he sent to the Prosecuting Authority.

The ball to the Accusing Authority

The representative of the Accusing Authority, Elli Papagapiou, stated that she will examine the seven points raised by the lawyer of Dimitris Syllouris and will answer whether she accepts that the facts are admissible. However, Chris Triantafyllidis explained that if he does not accept the framework he set or part of the framework, then he will request that the Attorney General, the Assistant Attorney General, the Minister of the Interior, the Chief Protocol Officer and a lawyer from a law office in Nicosia be called as witnesses in court.

For his part, the lawyer of Christakis Tzovanis and Antonis Antoniou, Giorgos Papaioannou, noted that "we consider that categories 1,3, 5, 12 lack legal basis because the offenses are based on a weak law, without legal force due to the fact that they violate article 7 of the Constitution and Article XNUMX of the ECHR".

Pittatziis: "Categories for the enjoyment of the Colosseum?"

On the other hand, Andreas Pittatzis, who is representing himself, said "I respect the positions of my colleagues, I will not present any objection or adopt any position, I do not seek acquittal but justice". After pleading not guilty to the charges against him, he questioned whether the charges against him were made knowingly or made to please the Colosseum, pointing in the direction of the journalists covering the court proceedings.

It is noted that the next trial was set for January 11 for the three who have not responded to the charges, while for Mr. Pittatzis the hearing was set for March 8 and 9.