Karagiannis: Restriction of travel immediately - The possibility of closing schools 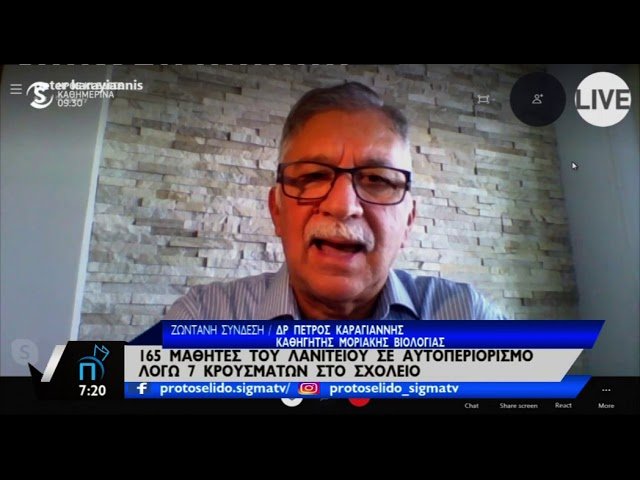 In the coming days it will become clear whether the number of cases will be reduced, said the Professor of Molecular Biology, University of Nicosia, Dr. Petros Karagiannis, speaking on the show "Front Page".

Dr. Karagiannis commented on the possibility of closing schools while stating that the measure to restrict travel should be taken collectively.

Specifically, Dr. Karagiannis said that, "in the last ten days we have recorded a number of incidents that far exceeds the number we had in the first wave. This is particularly worrying and even more worrying for me is the spread of the virus across multiple businesses, schools and other activities. "This shows that the virus has entered the community for good and is spreading everywhere."

He added that Limassol and Paphos are in the "red". "Fortunately, there are cases in other areas but they are of a small scale and I hope it remains so. In the coming days, it will become clear whether the measures taken are working and so we can see a downward trend in the number of cases ".

Regarding the increased number of cases in schools, Dr. Karagiannis said that it is not worrying that there are cases in Gymnasiums and Lyceums where the use of a mask is mandatory because the possibility of transmitting the virus is reduced.

"The virus is transmitted to children in social and other extracurricular activities. If it is further transferred to schools, then they will start to malfunction. "Then it is the decision of the Minister of Education whether they will close," he said.

Finally, Dr. Karagiannis said that it will take time and will depend on the behavior of individuals if there is a reduction in cases.

In his opinion, the restriction of unnecessary travel should be taken immediately.