Kasoulidis: The conditions are ripe for a solution to the Cyprus problem 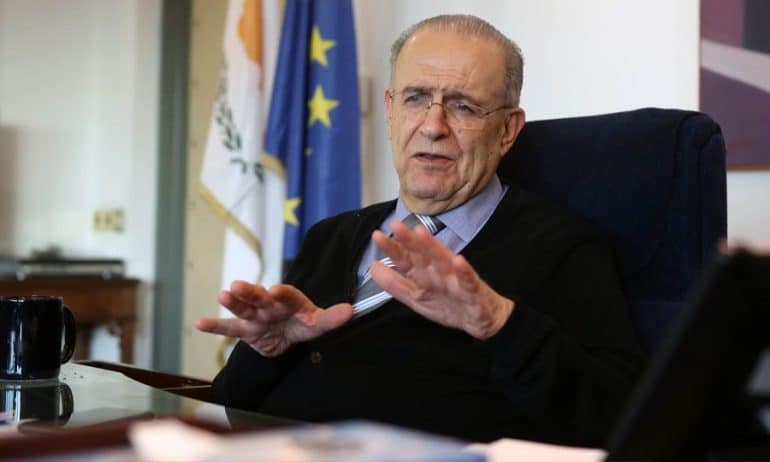 In these difficult times in European history, the conditions are now ripe for a comprehensive settlement of the Cyprus problem, Foreign Minister Ioannis Kasoulidis said on Wednesday.

Speaking in Prague after meeting with his counterpart Jan Lipavsky during a working visit, Kasoulides said he strongly condemned "Russian atrocities against the civilian population", reiterating their support for independence and sovereignty. the territorial integrity of Ukraine, while he said that they also discussed practical ways of helping the Ukrainian people.

He also referred to Europe 's energy dependence, noting the momentum that the prospect of an energy corridor from the Eastern Mediterranean is gaining.

Regarding the Cyprus issue, Mr. Kasoulides said that he informed Mr. Lipavski about the proposed "bold Confidence Building Measures", saying that they can help create a favorable environment that will positively support our efforts to restart the process "to resolve the political issue.

Regarding the developments in Ukraine, the Foreign Minister stressed the importance of maintaining unity at EU level, saying that "this is necessary in our efforts to put economic and political pressure on Russia to end this war effectively, diplomatically." inside".

He went on to say that the war in Ukraine highlighted the need for Europe to move towards energy independence. "Through the diversification of our energy supply we can strengthen the energy security of the Union. "The prospect of a corridor from the Eastern Mediterranean to Europe is now gaining momentum."

According to the Foreign Minister, in the meeting with his Czech counterpart, he noted the great potential for further development that exists bilaterally, in a number of areas such as education, tourism, business, but also in renewable energy sources, water resources and waste management.

"Minister Lipavski and I agree that this is the right time to give a new impetus to the existing cooperation between Cyprus and the Czech Republic," Kasulidis said.

The Minister also said that he was briefed by Mr. Lipavski on the priorities of the forthcoming Czech Presidency of the Council of the EU and addressed his counterpart, saying that "you can count on the support of Cyprus" which looks forward to working closely with the Czech Republic.

Mr. Kasoulides finally mentioned that with his Czech counterpart they also discussed the EU-NATO relations, immigration, but also the developments in Eastern Europe.