COMPLAINT: A minor lives in terror at school-He was beaten 4 times 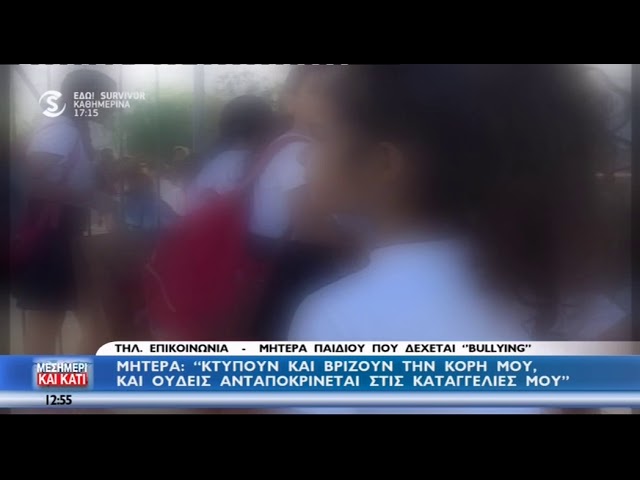 He has been beaten 4 to 5 times, with the result that, according to the mother, he has been at home since last Wednesday, scared, not wanting to go back to school.

«Couldn't they take me to tell me to take my baby to the hospital? They did not inform me. The other issue is that I said the baby has an allergic issue. I asked the Management to inform me immediately, why he should be given medicine immediately"He noted.

«He refused to call me. He put cream on the baby without calling me. The child took me with shortness of breath. I took her in panic to the first aid. She was given an intravenous injectionSaid the anonymous mother.

Asked to answer whether she reported the incident to the Police, the mother noted that her husband went to a police station with the child, in order to proceed with the complaint.

«They said that first the Directorate takes over and then the Police, if deemed necessary.

I will now take legal action against the School Management. My child was in great danger. It's not just me. There are other parents who contacted the school administration without responseSaid the mother.

«I was attacked by people from the association. "You do not do any other work to go to the Ministries"", They told me, the mother complains, while she added that" M.They explicitly forbade entry to the Ministry and the School Administration».

Maria Karagianni, Coordinator of the School Violence Observatory, spoke on the show. Ms. Karagianni noted that she is not aware of this incident, however she noted what actions are foreseen in such incidents.

«In cases of violence where a parent reports it, the school must follow the instructions we gave. If it is school bullying (a common phenomenon), it is investigated by a teacher. Calls "perpetrators and victims" separately and notifies parents».