He also stated that if the problem is not resolved, he may withdraw from "the government" 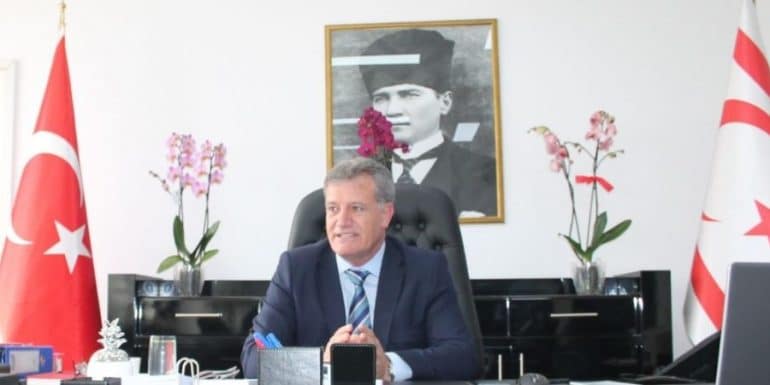 The pseudo-state's so-called "minister" of Public Works and Transport, Erhan Arikli stated that the establishment of the new airline named "Galazi Kyrenia" is at the charter stage and said, "We could not pass it through the Council of Ministers... If the my most important work is blocked, there is no point in staying in the government".

He added that air transport is of great importance in island countries and said, “There is no air ticket less than 6 thousand TL. Two companies dominate the prices. If the number of flights increases, the prices also fall. We started an initiative for a new airline. We talked to airlines in Turkey about starting the company without money. The establishment of the company has reached the regulation stage, but we could not pass it through the Council of Ministers."

Noting that he hopes the problems related to the new airline will be resolved this week, Arikli said that if the problem is not resolved, he may withdraw from the government.

"There is no point in staying in the government if my most important project that I have prepared is blocked. If such a beautiful project cannot pass the Council of Ministers, there is no point in me staying there," he pointed out.

He stated that no progress has been made in the 4.5G/5G Internet project and that there has been a tender for this issue, but there are some difficulties. "I want to do business. There's no point standing where I am, I can't do my job," he said.