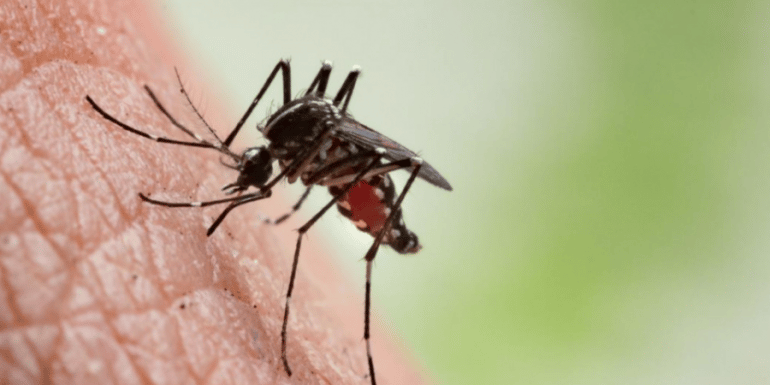 There is no cause for concern for the public from the Aedes aegypti mosquito detected in the Municipality of Dromolaxia - Meneo, assure the Mayor and Head of the Health Services of the Ministry of Health.

In statements after a meeting held on Wednesday morning at the Municipal Hall, the Mayor of Dromolaxia-Meneou Kypros Andronikos said that "the action plan drawn up by the Health Services of the State, regarding the treatment of this particular mosquito in cooperation with the Services of Municipality. We will proceed with the plan drawn up by the specialists and the experts."

He added that "there is no need for people to worry. We want to reassure the public that at this stage, and in the future, according to what the experts have explained to us, there are no reasons for concern. That's why we should not panic, everything is being dealt with, since we have the experts and the plan and we believe that the mosquito will be eliminated and this situation will soon disappear".

For his part, Herodotos Herodotou, Head of the Health Services of the Ministry of Health, stated that "at the meeting that took place, the plan to be followed by the Health Services and TEPAK was explained to the Mayor and with the help of the staff of the Municipality, the next steps to be followed in the coming days. We have shown on the mapping of the area with numbered houses where information will be done from house to house," he said.

At the same time he said that "the public should not worry since there must be some conditions for a disease to be transmitted. The one condition is that the transmitter, which is the mosquito, must be present. However, there should also be the virus, which currently does not exist in Cyprus, neither the yellow fever virus nor the dengue fever virus" he said and repeated that "the public should not worry".

According to Mr. Herodotou, "the public must be reassured that the cooperation between the experts, the Health Services of the Ministry and the City Hall is very good and the action plan will be implemented. The goal is either to completely eliminate the mosquito or to keep it in such low numbers that it cannot create any problem," he noted.

It is recalled that in a recent announcement by the Ministry of Health it is stated that "in the context of a research program of the Bi-Community Committee for Health entitled "Mapping the Risks for Diseases Transmitted by Carriers (ID-VRISK)" among other species a small number of adult mosquitoes have been identified of the species Aedes aegypti, mainly in the area of ​​the Dromolaxia Community. This species is of increased interest as it has the ability (under certain conditions) to transmit infectious diseases."

It is added that "the cooperation of all the residents of the area is necessary, as the breeding grounds of the species (small artificial water collections) are mainly located inside privately owned homes or other business premises. The most important of these are clay pots, water collection containers, open tanks, fountains, cans and other tins filled with rainwater, flower pots, broken bottles, abandoned (used) car tires, and any other man-made material/object that can hold small amount of water".

Citizens are "requested to eliminate within their home and all other privately owned spaces that they have, the specific potential breeding grounds for mosquitoes."