PtD and Tatars are expected to have a social meeting 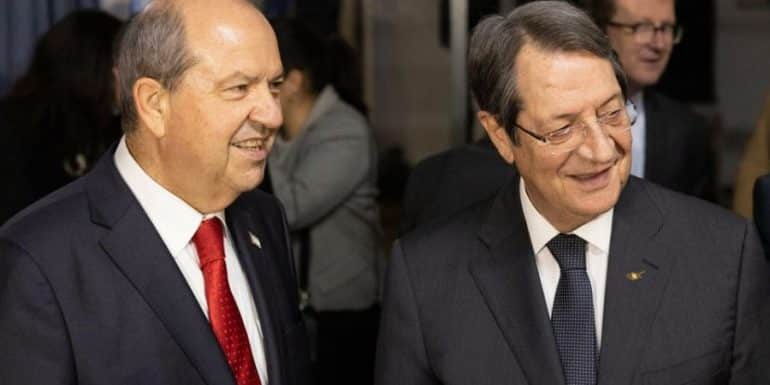 The President of the Republic, Nikos Anastasiadis, and the Turkish leader, Ersin Tatar, are expected to be at a social event - a reception that the United Nations in Cyprus is planning to hold in December, on the occasion of the completion of the year, as informed by KYPE.

The two leaders had met for the last time last April, at an event of the UN peacekeeping force in Cyprus (UNFICYP), at the old airport of Nicosia, during which the Joint Action Plan on Gender was presented with the aim of full, equal and meaningful participation of women in the Cyprus settlement process.

In the meantime, the first meeting after the visit to Cyprus of the Assistant Secretary-General of the United Nations for Europe, Central Asia and the Americas, in the Department of Political and Peace Affairs, Miroslav Yetzia, was held online today by the Negotiator of the I/O side, Menelaus Menelaus, and the Special Representative of the Turkish leader, Ergun Olgun.

As KYPE is informed, during the meeting an assessment was made of the recent visit of UN Assistant Secretary-General Miroslav Yecja, which was recognized as a positive step that signals the continuation of the interest and involvement of the UN Secretary-General, Antonio Guterres, in the Cyprus issue, in context of trying to find a way out and revive the prospect of a solution.

The general review of the situation and the examination of more specific issues discussed in the bi-communal Technical Committees also continued.