A Cypriot makes millions by "transferring" luxury restaurants into homes

He set up a food distribution company, but this is limited to expensive and luxurious restaurants 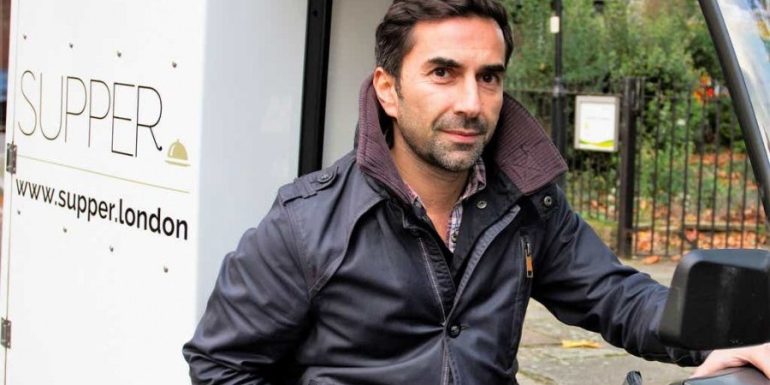 Cypriot Peter Georgiou set up an original business in London. In particular, he set up a food distribution company, which, however, is limited to expensive and luxurious restaurants.

It all started in 2014 when the Cypriot would meet a friend in a restaurant. His friend could not go due to obligations and they decided to meet at his house. However, they definitely wanted to eat from this restaurant, which does not have a food distribution service.

This did not deter Peter Georgiou, who tried to get food from restaurants by ordering, using a taxi. Of course, the food when he arrived was not in the best condition and so he thought that surely there are many people like him who would like good food at home from their favorite expensive restaurants.

The 50-year-old Cypriot created the company Supper London, with 150 distributors delivering on behalf of the 200 best restaurants in London. In fact, last year the Cypriot became £ 10.5 million richer.

At first it was treated with caution, as the restaurants considered it a good idea but worried about the way the accommodation would be done. But to show them that the quality of their dishes would not change on delivery, he used his own money to create a website and buy motorcycles from Japan with temperature-controlled boxes.

In fact, he made the first delivery himself and continued to make distributions for the next three months.

With the lockdown, the company took off, and now receives millions from investors.