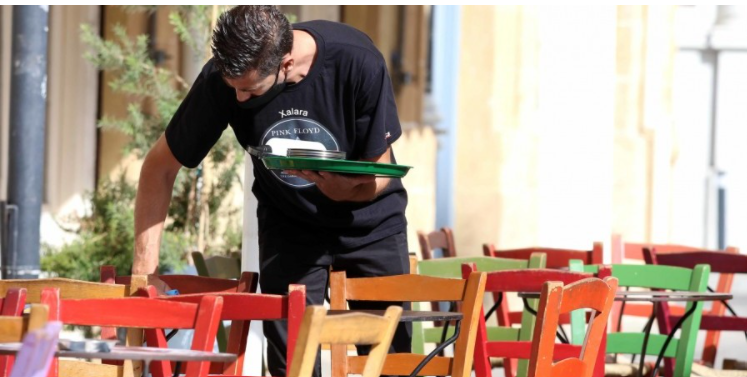 Significant relaxations, to de-escalate the restrictive measures against the spread of coronavirus in Cyprus, will be decided tomorrow by the Council of Ministers.

According to information from KYPE, the proposals that seem to have "locked in" concern the traffic, which will now be allowed until 11 pm, the opening of restaurants and cafes, as well as the return of high school students to their classes.

The new relaxations are expected to be implemented from March 16, with the proposals that "locked" to be led tomorrow for approval to the Council of Ministers, which will take the final decisions.

Besides, tomorrow after the meeting of the Council of Ministers, the final decisions will be announced to the citizens.

There are still two sms

According to the same information, the number of sms that citizens are entitled to send for traffic approval, remains two and is not expected to be removed before the end of March.

In relation to gatherings at home, the prevailing scenario is that from March 16 gatherings of up to ten people will be allowed.

In relation to the opening of the hotel industry, it remains unknown at this time when it will take place.

However, tonight the President of the Republic will attend a meeting with the Pancyprian Hoteliers Association, in the presence of the Minister of Health, Konstantinos Ioannou, while in the coming days further decisions are expected.

Tomorrow the completion of the protocol for the operation of restaurants

As KYPE is informed, the protocol that will govern the operation of the restaurants has not been prepared yet, while it is expected that its completion will take place tomorrow, Wednesday.

The protocol will cover, inter alia, the maximum number of people that can be served in the dining areas.

It is noted that the President of the Republic, Nikos Anastasiadis, chaired today a meeting with the Scientific Advisory Committee on Coronavirus, in the presence of the competent Ministers, with the aim of examining the epidemiological situation and the gradual de-escalation of measures against the spread of coronavirus in Cyprus.