Larnaca: Great interest of investors for the creation of new hotels 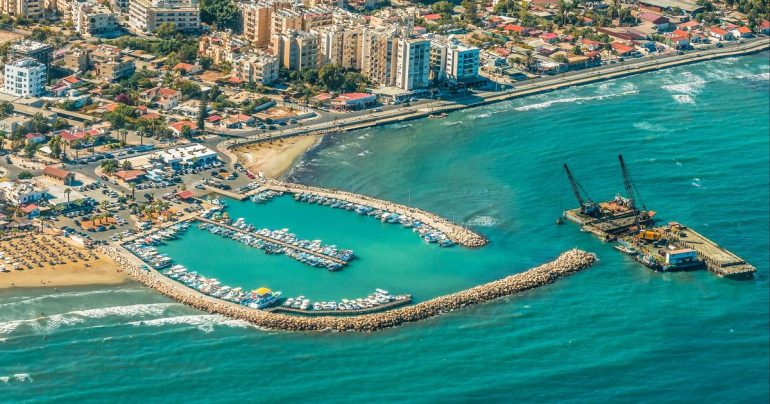 The interest of investors for the creation of new hotel units and accommodation in Larnaca is great, the President of the Larnaca Chamber of Commerce and Industry (EVEL) Stavros Stavrou told KYPE.

He added that "Due to the restrictions due to the coronavirus pandemic, tourism in the city and province of Larnaca this year has shown mediocre performance, but better than last year. However, due to the special circumstances, no reliable predictions can be made as to how tourism will move next year. ".

He noted, however, that "Despite the adverse effects of the pandemic, the interest of investors for the creation of new hotel accommodation remains alive and at the moment the Municipality of Larnaca has approved or is considering applications for 25 new units. In addition, next season, resort type hotels will operate in the tourist area of ​​Voroklini, something very important, since Larnaca will manage to have a complete hotel potential ".

He also stated that "in Larnaca, EVEL, through the Larnaca Tourism Development and Promotion Company, is collectively implementing a remarkable Action Plan in the field of tourism. In addition to the projects for the upgrading and enrichment of the tourist product as well as the marketing that ETAP implements over time, recently presented exceptional projects of digital evolution of the tourist Larnaca, including the innovative project of the three-dimensional virtual restoration of the Ancient Port of Kiti, which was awarded by the Phoenician Routes Organization of the Cultural Routes of the Council of Europe ".

Regarding the recent announcement of the tender for its construction Phase C of the Larnaca - Dhekelia road, 3,2 km long, Mr. Stavrou said that "This is a very large project with a cost of 20,5 million euros. The project will have, among other things, a four-lane road, paved sidewalks, bicycle paths, green lanes, bus stops, side parking lots as well as a 4.5 km long secondary road network ".

He described as "essential the rest of the infrastructure of this project that will include rainwater drainage, new irrigation network, undergrounding of electricity and telecommunications network, installation of modern road lighting and other infrastructure. For the implementation of such a large project, many Services had to be coordinated ". He noted that "more than 30 years of delay are not justified at all. We hope that around the middle of 2022 the works will start, as it has been announced ".

Asked about the subject of its operation Larnaca Mall and the concerns of shopkeepers located in the city center, the President of EVEL expressed the belief that "this project strengthens the retail trade. The shopping center of Larnaca is an open-air Mall in a much more privileged location compared to the shopping centers of other cities, since it is located within the predominantly main area of ​​economic activity, tourism and entertainment of the city ".

He added that "there are specific actions that can be taken by the Municipality of Larnaca in order to make it more attractive and functional, such as increasing parking spaces, shading shopping streets, improving urban equipment and more pedestrians, to make more visitor friendly center. "Compensatory measures and incentives should also be given to shopkeepers to stay and continue to operate in the center."

After expressing his appreciation that "we will soon see several improvements being implemented by the Municipality of Larnaca" he explained that "New infrastructure projects are planned and studies are carried out for the next maturation cycle of projects to raise funds from the Structural Funds".