"Mama Anna", songs and a wedding in Prison 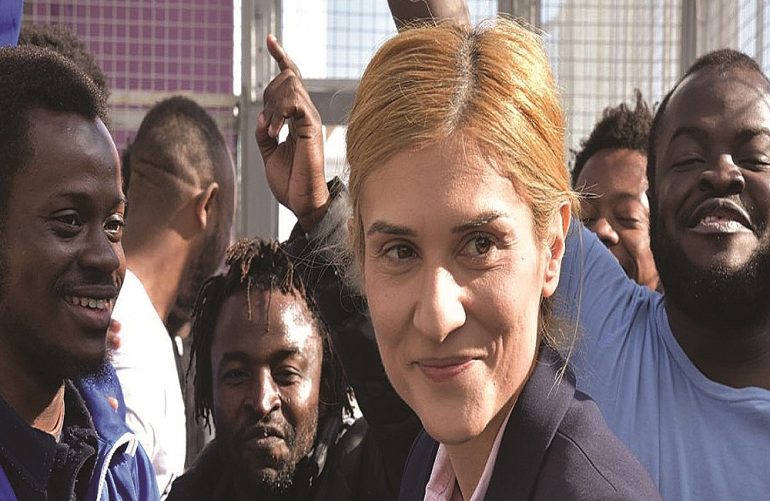 Convicts drink water in the name of the director of the Central Prison, as the model of imprisonment that she applies, focuses primarily on the needs of the people. avoiding punitive measures applied in the past. Yesterday, "P" was in front of unprecedented images in the Central Prisons. Dozens of foreign detainees, who were in the courtyard next to the Prison Stadium, as soon as Mrs. Aristotle appeared, began to applaud rhythmically and sing "Mama Anna".

Mrs. Aristotle approached the prisoners, greeting them one by one, even knowing their names. These are foreigners from Africa, who the only "crime" they committed was that of illegal entry into the Republic of Cyprus. The sentence imposed by the courts in these cases is that of imprisonment for 10 months, something that has particularly burdened the Prisons, since the overpopulation makes the living of the detainees de facto difficult. 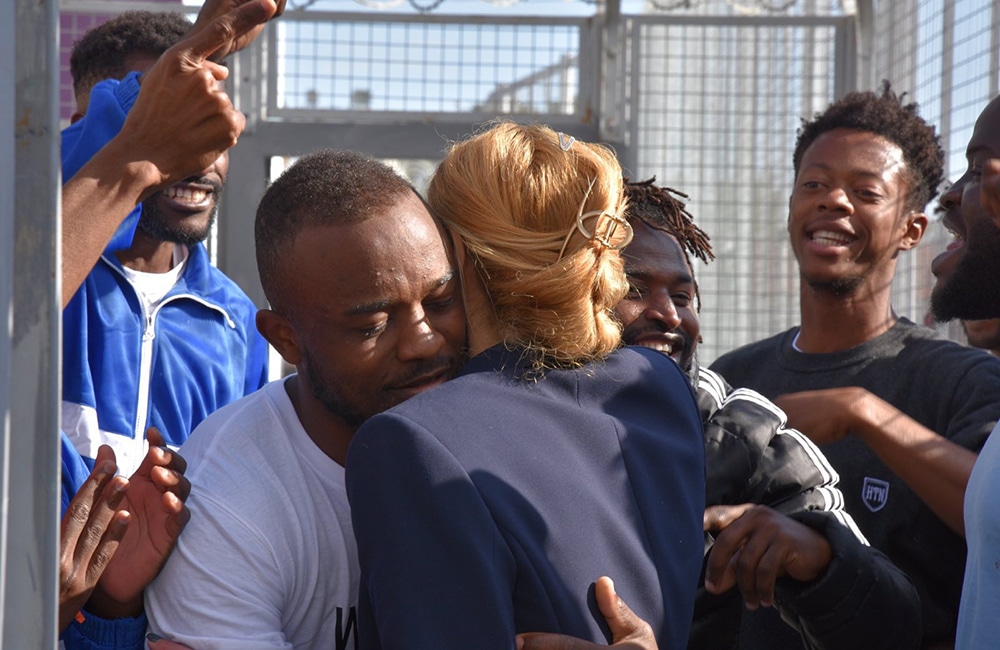 A prison officer who spoke to "P" said that the events of the detainees are almost daily, thus expressing their gratitude to the director Anna Aristotelous and the deputy director Athena Dimitriou. The same officer said that climate change in prisons has had a positive effect on staff. As he characteristically stated, "we used to be ashamed to say that we work in prisons, while today we are proud".

The foreigners consider that they are "lucky" to be in the Prisons and not in "Pournara", where the prevailing conditions are miserable. In the prisons, the management made sure to supply them with new clothes, with personal hygiene materials, while offering decent living conditions with heating in the cells, gyms and good quality and quantity of food.

The shackles and the "shackles"

Another wedding between prisoners took place in the Prison yesterday. This is the wedding of Marinos and Nicoleta from Limassol. As the newlyweds reported to "P", they knew each other from children and have been in a relationship for the last two and a half years. They had decided to get married, but did not expect to be caught by the force of the law. They are both defendants and are awaiting sentencing on January 7. They know that they will stay in prison for some time to serve their sentence and for this reason they decided to have their wedding yesterday.

After all, nothing was missing. The wedding dress was ready by the women of wing 3 and only some adjustments had to be made. The make-up and the hairstyle of the bride were undertaken by Nicoleta's inmates. Marino's suit was the gift of the prison administration. 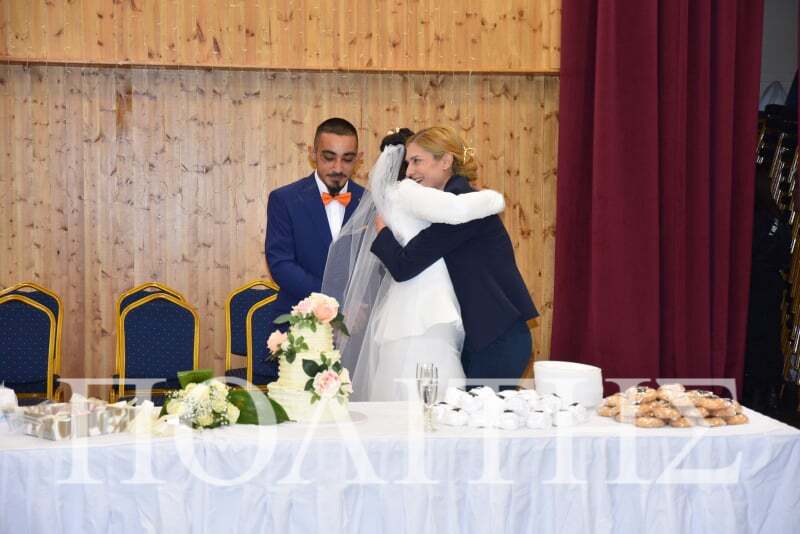 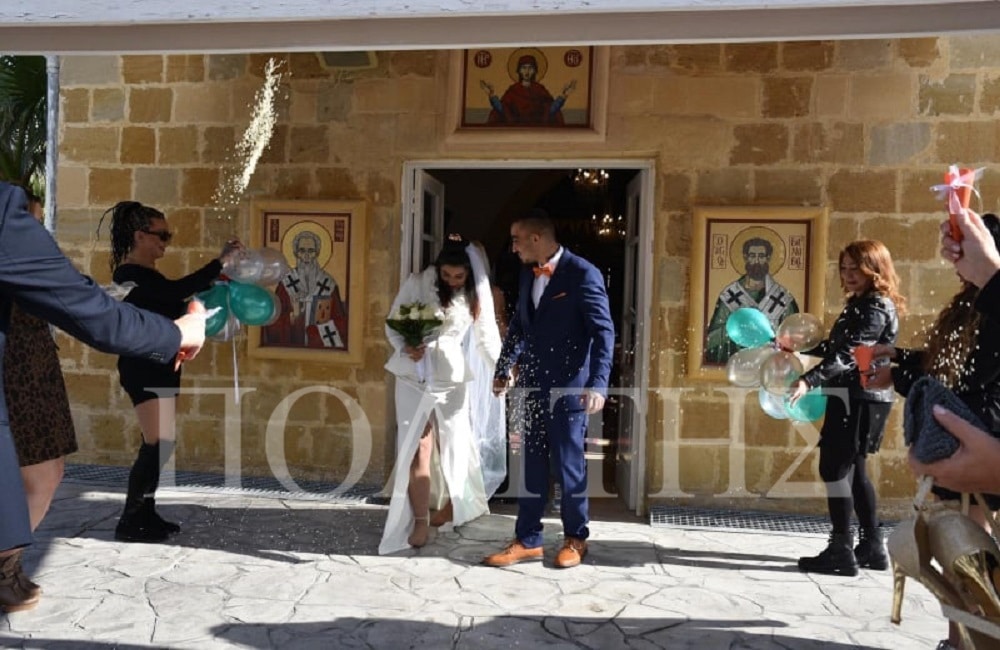 The newlyweds, after the ceremony in the prison church, went to the theater next to where the prisoners' orchestra was waiting for them. At the party, the director of the Prison, while convicts in the courtyard, rhythmically shouted the name of the bride, applauding. Marinos and Nicoleta, speaking to "P", thanked Mrs. Aristotelous who facilitated the wedding by organizing the party. 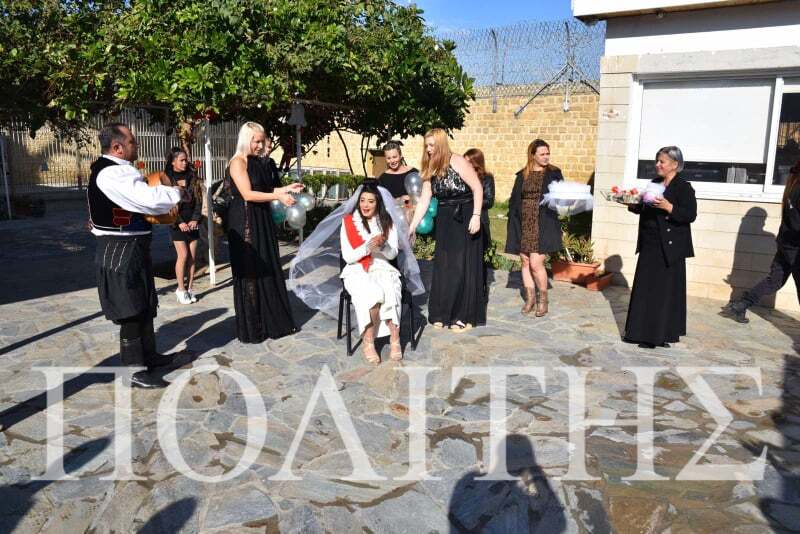 The couple will be able to visit every Tuesday, while private moments will wait until the day they are entitled to leave. They will also be able to attend the social events of the Prison in which both men and women participate.