Experts' suggestions for relaxation measures - Which ones "lock" (BINTEO)

"The restaurants will probably open, but it is expected to be decided on how, how many and under which protocols the opening will take place" 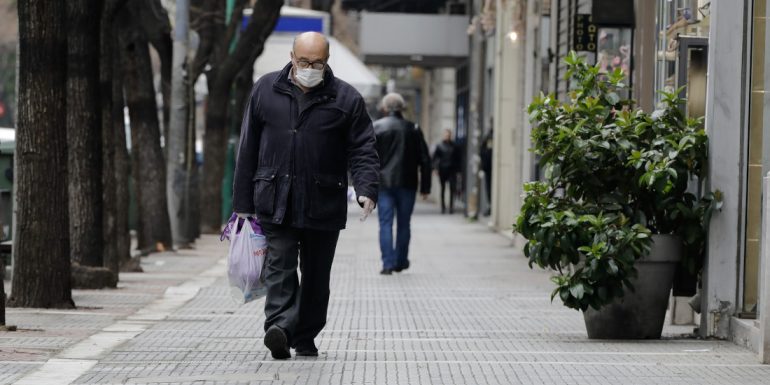 Thessaloniki, Greece on March 26, 2020. Greece is on the fourth day of a strict nationwide lockdown seeking to halt the spread of the COVID-19 infection caused by novel coronavirus, with excursions from the home limited to attending work, buying food, visiting the doctor, walking the dog or going for a solitary jog. / Thessaloniki, March 26, 2020. Greece is in the fourth day of imposing a traffic ban seeking to stop the spread of coronavirus infection COVID-19, excluding going to and from work, grocery shopping, visiting a doctor and pharmacy or pet walk and personal exercise.

The member of the Advisory Scientific Committee, Professor of Microbiology / Molecular Virology of the Medical School of the University of Nicosia, Dr. Petros Karagiannis, spoke about what was discussed at the meeting of the epidemiological team with President Anastasiadis.

In particular, he said that the epidemiological indicators, hospitalizations and what could be done in terms of relaxation from March 16 onwards were discussed.

Asked if we are proceeding normally with the relaxations, he replied "probably yes, but it is not my decision, nor the other members of the epidemiological team".

Dr. Karagiannis stated that "the restaurants will probably open, but it is expected to decide on how, how many and under what protocols the opening will take place".

Asked about the messages and the message, he replied that "if the restaurant opens, there will be a corresponding change of hours. I see the messages remaining until the end of March, unless the Ministry overturns this decision ".

Regarding the return of the high school students, he noted that "there was no particular concern, but I do not know where the decision of the Minister will move".

He also said that he did the first dose of AstraZeneca vaccine at the Famagusta General Hospital, while he added that he feels well, has no side effects but only a little pain at the place where he was vaccinated.