Ukrainian: "Alarm" for three plus one sectors of the Cypriot economy

The Government is running to catch up, with measures and mechanisms for monitoring developments 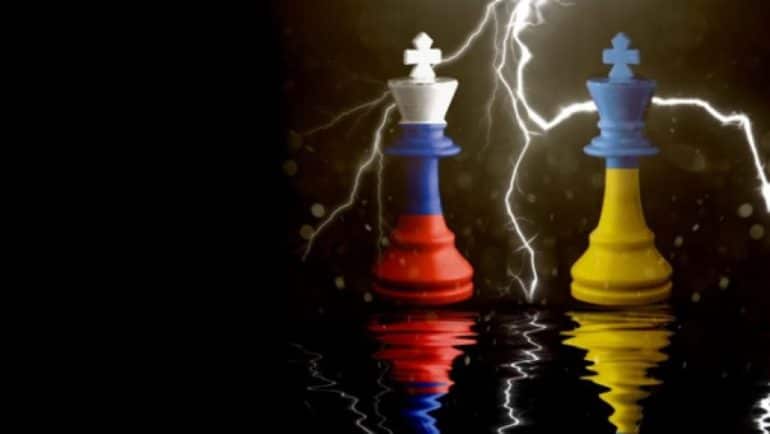 Russia's invasion of Ukraine was a wake-up call for the world economy. The rising international prices for fuel and a range of raw materials and goods due to the pandemic, seem to be gaining momentum again and now no one is able to predict where the increase of the counter will stop.

The Cypriot economy with the inflationary trends that are being created will be pressured as a whole. However, the "alarm" sounded louder for three plus one key areas:

The financial staff of the Government in consultation with the professionals of each sector involved from those affected by the effects of the war in Ukraine are planning ways to deal with the problems, while in some cases measures have already been decided and implemented.

In the energy and fuel sectors, the already high prices have skyrocketed even more since the first day of the invasion, on February 24, until today. In particular, on Thursday they had reached the highest level so far, reaching $ 119,8 a barrel (Brent oil). In fact, analysts say, the fact that significant progress has been made in talks on an agreement on Iran's nuclear program has helped to curb international oil prices and calm markets, albeit temporarily.

The international increases recorded since the beginning of the invasion have not yet reached the Cypriot economy and this is because the fuel consumed so far had been bought at prices that were valid before the start of the war. The effects of the war in Ukraine regarding fuel and energy prices will be felt in the wallets of Cypriot consumers from around mid-March.

In order to reduce the costs that will be added to the retail prices of fuel but also to the inflated bills of the EAC, the Government has decided to reduce the excise tax by 7 cents per liter on gasoline and diesel, which increases to 8,3 cents per liter. , including VAT. At the same time, the excise tax on heating oil is reduced by 6,4 cents, including VAT. In the same package of decisions taken by the Minister on Wednesday, and voted by the Plenary Session of the Parliament with the urgent procedure in Thursday's session, is the extension of the VAT reduction on all household accounts of the EAC from 19% to 9% and more from 19% to 5% for approximately 34.000 consumers belonging to vulnerable groups.

As soon as the sanctions for the ban on flights of Russian planes to European airports became known, as well as the economic sanctions that resulted in the rapid fall of the ruble, the tourist agents in Cyprus received the message that for this year arrivals from Russia will be from non-existent to minimal in the best of circumstances. Russian and Ukrainian tourists together accounted for about 29% of arrivals for 2021. Moreover, forecasts for the 2022 tourist season wanted Russians to reach 800.000.

According to the latest statements of the Minister. Transport, Giannis Karousou, "about 1,6 million passengers, arrivals and departures have been lost, while there are other markets that are expected to be affected" by the war in Ukraine.

Even if Europe's airports open immediately for Russians and Ukrainians, the devaluation of the ruble and the dire economic situation in Ukraine make any optimism among Cypriot tourism agents prohibitive.

As the Minister of Transport, Giannis Karousos, and the Deputy Minister of Tourism, Savvas Perdios, have repeatedly stated throughout the week, the losses that will arise from the Russian and Ukrainian markets will be covered to the greatest extent possible by attracting additional tourists from existing and new ones. markets.

Large tourist groups in Cyprus already have the percentage of reservations intended for Russian and Ukrainian tourists to travel agents from the United Kingdom and other countries. In addition, the relevant Ministries focus on increasing flights to and from European cities. It was already announced last Thursday that TUS Airways includes in its program flights from Germany, France, Saudi Arabia and other destinations.

Anxiety about cereals - Count down to depletion of stocks

With the start of the war in Ukraine, 25% of the world wheat production produced in the two warring countries automatically went out of trade. Corresponding losses in world trade are recorded for other agricultural products and their derivatives, such as corn and sunflower oil.

As a result, international prices are rising at an unprecedented rate, as demand has risen sharply.

Meanwhile, grain-producing and exporting countries, such as Moldova, have decided to suspend exports while keeping production to their own needs, further exacerbating the situation.

Indicatively, wheat prices record a weekly record rise, climbing by about 40% since the beginning of the invasion.

The effects are also strong in Cyprus, where there is great concern given that grain stocks are sufficient for about 7 weeks in terms of livestock use and around 3,5 months in terms of human use.

The "alarm" mobilized at EU level the Ministers of Agriculture of the EU member states, who held an extraordinary online discussion last Wednesday, to measure the risks and to find ways to deal with the problem. The Minister of Agriculture, Costas Kadis, in his position stressed the need to formulate a framework for the implementation of measures to support the sectors that have been affected, while underlining the additional difficulties that Cyprus faces as an island state, in terms of supply.

In essence, no specific decision has been taken at this time on the grain crisis in Cyprus. There is a strong rumor that the Government wants to purchase quantities of cereals that will be placed directly on the market or that will be stored and then managed by importers.

What we have been told by the Ministry of Agriculture is that they are waiting day by day for European decisions on measures to address the grain crisis.

The exposure of the Cypriot banks to the Russian economy is small, but…

The Minister of Finance, Konstantinos Petridis, speaking at the meeting of the Ministers of Finance of the European Union (Ecofin), which was scheduled for March 15 last Wednesday due to the developments in Ukraine, stressed that "there will be no significant impact on the Cypriot banking system from the financial sanctions against Russia, given the minimal exposure of the Cypriot banks to the Russian economy, as well as the significant reduction of the Russian deposits in Cyprus ".

However, the blocking of Russian banks by the Swift system and in general the sanctions imposed on Russia, according to analysts, may cause such a chain reaction that will more or less affect the entire banking system.

It is noteworthy that, just a few days after the announcement of the sanctions, the large Russian bank SberBank suspended the operation of its branches and subsidiaries in Europe, unable to cope with the increased outflow of deposits.

Moreover, according to the CEO of Deloitte Cyprus, Pierre Markou, it is inevitable that the war in Ukraine will affect the service sector in Cyprus.

"As an economy based on foreign investment and services, we will be vulnerable to international developments," he said, adding that "developments will have a significant impact on our country's relations with Russia and Ukraine in terms of services." Our model is largely based on attracting investment. "When these companies can not do business, either in Russia or in Ukraine, the service sector will inevitably be affected."

The President sets up "alert" mechanisms

Taking into account the above issues that arise on the economic front, the President in an enlarged meeting chaired by President Anastasiadis decided to set up two inter-ministerial committees that will monitor developments and decide "in the fastest and most effective way", according to Government Spokesman, Mario Pelekano.

Moreover, "the President of the Republic also gave instructions for the readiness of all the bodies involved and requested that all aspects be closely monitored. To this end, the whole mechanism will be on alert ", said Mr. Pelekanos.