Where are the flight cancellations due? 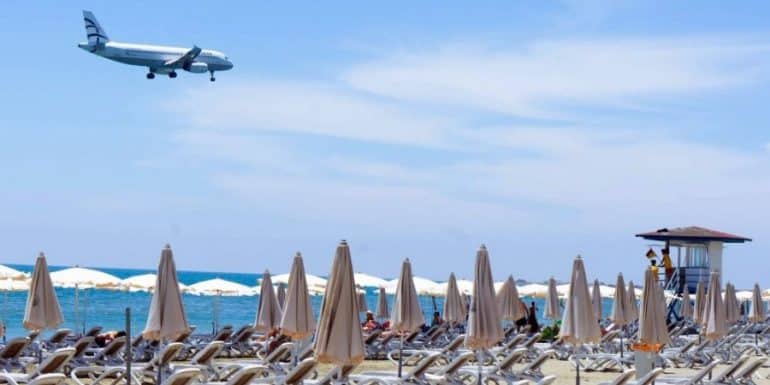 The Cypriot tourism is resisting the obstacles with the data of the first five months to be optimistic for the future of the rest of the year.

At noon and something was hosted the Deputy Minister of Tourism Savvas Perdios said that "the first five months closed based on official statistics of the Statistical Service about 75% of the arrivals we had in the corresponding period we had in 2019 while compared to last year in the first five months we had 150 thousands of arrivals this year we had 850 thousand arrivals. This means that we are on a good path to catch at least last year's performance which was very good in relation to our competition ".

Explaining why, he said, "First of all, Cyprus is considered a holiday destination, we are not a business-dependent destination.

Secondly, the fact that many people in Europe have chosen to limit themselves to closer trips in the last 2-3 years. I think that a 4-4,5 hour trip like Cyprus from most European Union countries is convenient. Many people do not want to travel to Asia to America etc.

The third reason is that many times we Cypriots tend to underestimate our own product and what we have achieved. "Tourism has proven to us that it is going through difficulties but it always finds a way to return."

Referring to flight cancellations, he said that we are facing real problems such as cancellations and this is due to the increased demand and reduced staff to serve travelers, especially at airports.

"It seems that too many airlines seeing this demand have made more flights or have accepted more bookings than the system could accept so that all these people can not be served at the various airports in Europe. For us, the problem with flight cancellations is very small compared to Spain, Italy, etc.

Asked about the price increases, he said, "The average price in various destinations this year in Greece is 15 more higher than last year. In Cyprus it is 8% lower compared to last year. This is due to the fact that Greece was not so affected by the war in Ukraine because Russia was not such a big market for them. "In Cyprus it was a big market and it has affected prices downwards."

In closing, he explained that the goal for this year is to do better than last year. "Last year we reached 2 million arrivals and we reached them without having special arrivals in the first half. This year we are in the first five months of the year at 850 thousand arrivals, which leads us to the conclusion that we will surpass last year's results and go as well as we can. It will not be a bad year, certainly the absence of the Russian and Ukrainian markets seems. If there was no war, we would definitely be talking about a year very close to the data of 2019 ".