Green light for the new Business Attraction Plan in Cyprus

What does the new Business Attraction Plan in Cyprus envisage, approved today by the Council of Ministers. 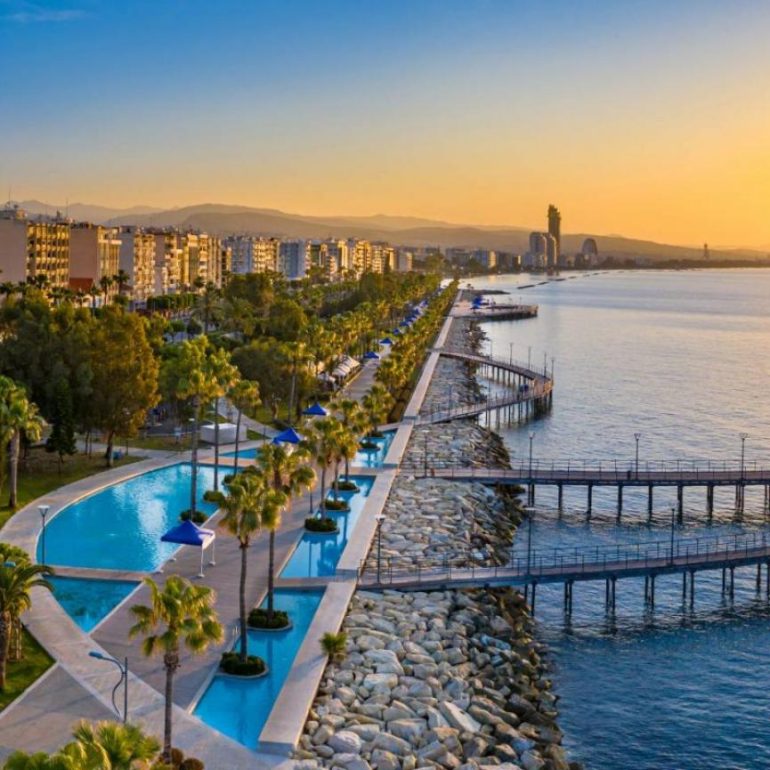 The Minister of Finance stated that with the new Plan the tax framework becomes more attractive in order to attract foreign workers and specialized Cypriots with a high standard of living in Cyprus who are permanently residing abroad.

Statements of the Ministry of Finance @Petrides_C"The Minister approved a bill which makes the tax framework more attractive in order to attract Foreign workers & Cypriots with a high standard of living with specialization, who lived permanently abroad."
➡️https://t.co/3mICYWNqyj pic.twitter.com/Ci6s2GiMDD

The employees and companies that will settle in Cyprus due to this Plan, will bring direct and indirect benefits to the local economy, according to the announcement of the Ministry of Finance.

Furthermore, business administrations are encouraged to relocate their activities or their headquarters to the Republic of Cyprus, thus creating a real infrastructure on the island. Through this installation, the tax base and consequently the tax revenues are expanded.

The bill that is being promoted in the House of Representatives concerns a 50% tax exemption for employees with more than 55 thousand euros in earnings per year. Also, the framework is extended from 10 years that is currently in force to 17 years, starting from the year of starting employment in the Republic.

At the same time, a corresponding exemption is granted for the purposes of equal treatment to the existing beneficiaries with a salary of more than 55 thousand euros, meaning that they were residents outside the Republic for 12 consecutive years, before the start of their employer in the Republic.

Furthermore, a grace period is given for young employees 2 years and for existing 6 months to join the framework of favorable tax treatment in cases where the remuneration from employment started with a lower amount of 55 thousand euros. The program also concerns another bill of the Ministry of Interior which has already been submitted to the legal service regarding the facility regarding the stay in Cyprus.

It also concerns the right of establishment in Cyprus of the spouses of professionals who will choose to settle on our island but also access to the labor market and the creation of a one stop shop. We are convinced that this program is one of the most competitive programs in the European Union, there is already huge interest from abroad and it concerns especially the high-tech companies which in recent years seem to choose our island for installation and headquarters. 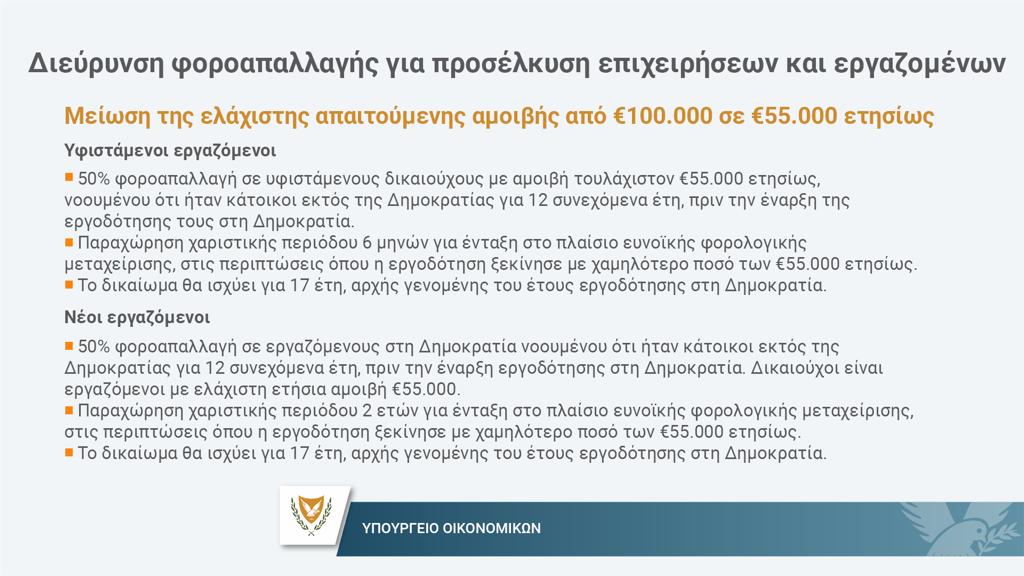 As the Ministry of Finance notes in a statement "We are confident that this bill will further promote this development of the sector, which also concerns a strategic goal of the government."