Claim that the pseudo-state and Turkey have made constructive proposals to ensure peace and stability in the Eastern Mediterranean. 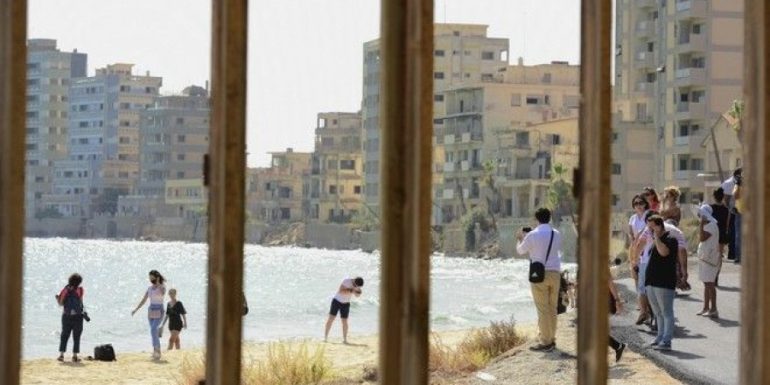 The enclosed city of Famagusta is included in the occupied territory, claims the so-called "Foreign Ministry", in a statement issued on August 4.

In the announcement of the so-called "hypex", reference is made to the statements of the Minister of Foreign Affairs, Ioannis Kasoulidis, made after a meeting with his Serbian counterpart. "The sole cause of the tension in the Eastern Mediterranean is the unilateral activities" of the Republic of Cyprus, it is claimed, and it is added that Turkey and the Turkish side "take and will continue to take equivalent measures against unilateral actions in order to protect their legitimate rights and interests ». It is also claimed that the pseudo-state and Turkey have submitted constructive proposals to ensure peace and stability in the Eastern Mediterranean. "The ink is not yet dry on our president's latest proposals on this matter. We would like to emphasize that our constructive attitude should not be taken as weakness," it added.

The so-called "upex" still claims that Varosi is within the occupied territory and it is stated that the future of Varosi will be decided by the t/k side.

Also, the Turkish side criticizes Serbia for its stance on the Cyprus issue and claims that the case of sovereign equality and "equal international status" could pave the way for an agreement that would be consistent with the reality on the island. "Only in this way will the parties be offered a new, freely negotiated and mutually acceptable basis, which will contribute not only to the prosperity and stability of the two peoples on the island, but also to the prosperity and stability of the Eastern Mediterranean region" , argues, finally.