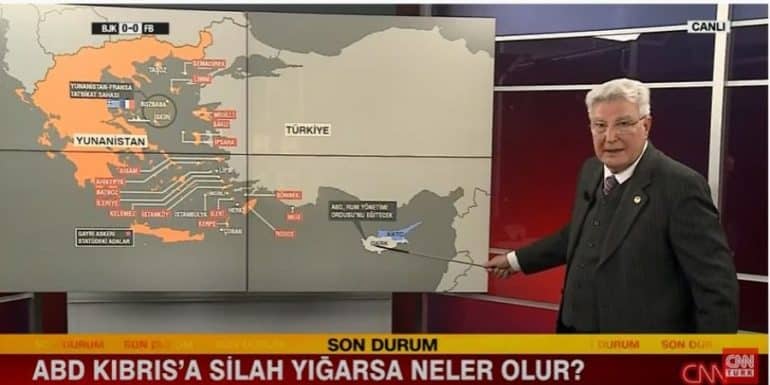 An intense discussion took place on CNN Turk's TV show on the Greek-Turkish side and the issue of the lifting of the American arms embargo on the Republic of Cyprus.

The latter even stated that Turkey should carry out a strike in the free areas. In particular, CNN Turk headlined Abdullah Ağar's statements: "We should hit the Greek part of Southern Cyprus!"