Problems in meat export and the local market

The Veterinary Service leaves hanging and exposed pig and cow breeders who plan meat exports in the coming days. 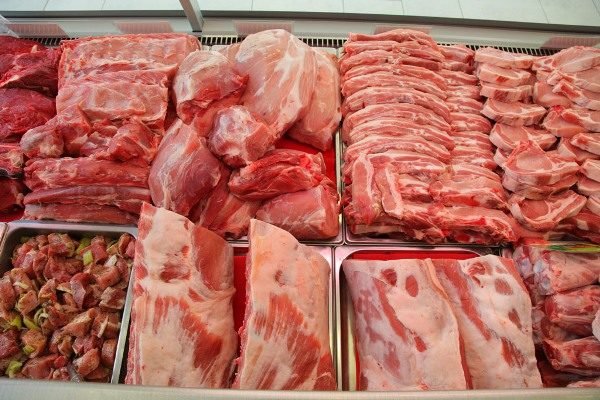 Yesterday's decision by the director of the Veterinary Services caused a storm of reactions in the livestock world, as it essentially left hung and exposed pig and cow breeders who plan meat exports in the coming days. In addition to exports because the slaughter will have to end at 14:30 to prevent veterinarians from doing the necessary tests by 15:00 nor will the Cypriot market be serviced properly.

According to breeders, the impact on pigs and cows will be huge. As they report, there are already huge surpluses and if the issue of private registered veterinarians is not resolved immediately then the surpluses will multiply. They emphasize that only with the weight that the pigs will put due to the delay of the slaughter, it can bring up to 10% increase in the surpluses.

After performances of the breeders at the G.D. of the Ministry of Agriculture was given a temporary solution, which has been applied at least three more times in the past. According to information, the inspection will be done by private veterinarians who offer their services free of charge to the public, but will be paid by the producer groups of the breeders who will export.

Breeders claim that the same scenario is repeated every year. The fund of private veterinarians for the inspections in the slaughterhouses of Nicosia is running out, leaving a gap until the Veterinary Services announce a competition for assignment of tasks to others in the afternoon. Furthermore, it is noted that the procedure before the Parliament did not take place either, since the budget for the private veterinarians for 2022 remains crucified.

Just yesterday, the Veterinary Services proceeded with the announcement of a tender for the provision of services by eight private veterinarians in order to implement the plan for conducting official inspections in the slaughterhouses of ungulates in Nicosia. It is noted that the bids to be submitted will be unsealed on February 8, 2022. It is also noted that the provision of the requested services must begin immediately with the date of signing the relevant contract and will last until the end of the hours budgeted for each veterinarian and no later from 31/01/2023.

According to information, the slaughter program of the animals intended for export was sent to the Veterinary Services from last Thursday.

According to information, the five consignments will export about 115 tons of pork and beef totaling € 175.000.

Pig and cow breeders are worried

The president of the Pig Breeders' Association, Petros Kailas, said that the Veterinary Services were affected by the coronavirus and therefore another way must be found so that the contracted veterinarians can take immediate duties so that the exports are not lost. He added that such a period, every year, there is a problem from the moment the fund of the contractors is completed and there is a big gap until a new budget is approved by the Parliament. He explained that due to the fact that some veterinarians got sick, the slaughterhouse works with a pig slaughter line, while there is no staff for the services. As a result, he said, the animals remain unsafe and exports are endangered, while a problem will arise with the local market if no solution is found.

Nikos Papakyriakou, general director of the Pancyprian Organization of Cattle Breeders (POA), said that the problem arose once the funds for the purchase of services by private veterinarians have been fully absorbed and therefore new contracts will have to be signed to eliminate the issue permanently. According to Mr. Papakyriakou, representations have been made to the Veterinary Services to find a solution otherwise the breeders will shoulder significant damage. further, he stated that in case the exports are lost, the Cypriot producers will not only be exposed to their customers, but there is also a risk of losing them, since they will turn to other markets to meet their needs.

Five reasons why the request was rejected

The Veterinary Services with their letter to the slaughterhouse dated 17/1/2022 inform that their request can not be satisfied on the pretext of five reasons.

First, the coronavirus pandemic has inevitably affected the Agency as well, leading to a serious staff shortage.

Second, the available hours of privately registered veterinarians have been exhausted, which is also due to variations in the slaughterhouse slaughter schedule for which many hours were used in extensions to cover slaughter rate delays.

Thirdly, the Agency is making a remarkable effort to ensure that the existing appropriations in the 2022 budget approved to cover the purchase of services by privately registered veterinarians for official inspections at slaughterhouses are released as soon as possible in order to make the new for that reason.

Fourthly, there is unfortunately no possibility of satisfying the request, and the slaughterhouse is therefore called upon to inform breeding customers not to bring and collect animals at the slaughterhouse other than those which can be slaughtered according to the schedule notified to you.