Aristotle Lawyers' response to the Legal Service in 12 points

The announcement of the Lawyers is the same 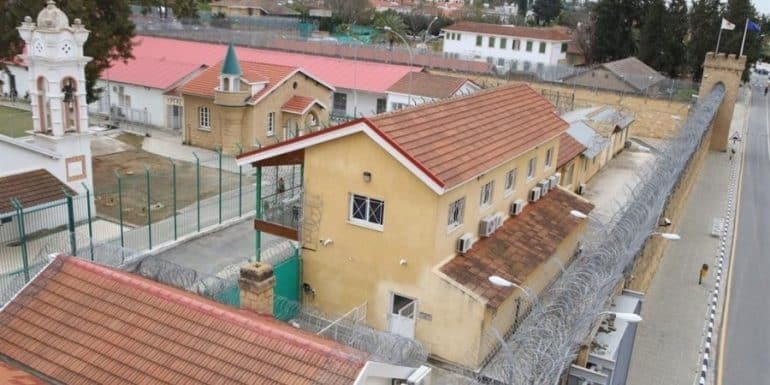 The lawyers of the Director of Prisons and Athena Dimitriou, Giorgos Triantafyllidis and Pampos Ioannidis, issued an announcement regarding what the Legal Service reports.

Among other things, surprise and disappointment are expressed at the announcement of the Legal Service.

The announcement of the Lawyers is the same

2. We consider the recent announcement by the Legal Service for Central Prisons as a clear attempt to disorientate public opinion about the inadequate and, in our view, at least unfortunate, handling to date of the complaint lodged by our clients against the Senior Police Officer and M. Katsounotou for entanglement and corruption which involved, among other things, illegal communication using the personal mobile phone with baripinite with the aim of neutralizing them.

3. The complaint was submitted on June 20, 2022, a criminal investigator was appointed, Mr. Achilleas Emilianidis, who submitted his findings to the Legal Service on September 15, and the latter has been "studying" it for 2.5 months in its effort, in our opinion, to "find" ways not to prosecute Mr. Katsounotos to whom, according to journalistic information which has never been denied, Mr. Emilianidis accuses criminal responsibilities together with but two persons. We have publicly called on the Attorney General to announce the outcome of the finding, which for the sake of transparency in a case that has shocked public opinion he has every right to do if he wishes, to stop this whole scenario but the Attorney General refuses to date to do it. The attempt of the Legal Service to "conceal" and "silence" the case is obvious. Even today, in the context of transparency for an issue that has been preoccupying public opinion for six months, we call on the Attorney General to publicly announce the result of the Emilianidis finding.

4. The trigger for this merciless war that our clients are experiencing with the protagonists being the Legal Service, the Minister of Justice and Public Order and the Chief of Police was the complaint submitted by our clients against Mr. Katsounotos in June 2022 when it came to in their hands mobile phone of baripoinitis who exchanged messages with the personal phone of Mr. Katsounotou who urged the baripoinitis to secure, among other videos, "spoiling" our customers as well as to carry out other illegal actions.

5. An investigation followed for possible criminal prosecution of our clients for the leak of an allegedly confidential email in relation to which Ms. Aristotelous was interrogated for approximately 12 hours and which investigation was finally terminated but which should never have even started since it was purely a move distraction.

7. Despite the fact that no criminal liability of our clients was found and while the Legal Service felt the need to quickly make a public announcement in relation to the above investigation, it completely concealed the non-existence of criminal liability, which was the only issue within the terms of the mandate of the investigators, and sent the report to the Minister of Justice and Public Order for any measures to be taken, even preempting her decision, since she characterizes the measures taken as "inadequate and ineffective".

8. We also note that with the delivery of the report to the Legal Service on September 15, 2022, the Minister of Justice, despite the journalistic information about criminal charges against Mr. Katsounotos, terminates his availability and returns him to his duties knowing, we assume, the Ms. Minister that if the criminal prosecution of Mr. Katsounotos is finally decided based on the finding, he will not be able to be suspended again. Ms. A minister as the political head of both the Prisons and the Police underestimates both our own intelligence and that of the common citizen when he recently publicly claimed that even to this day he has no idea about the outcome of Mr. Emilianidis' finding.

9. All of the above are indisputable facts and we call on the Legal Service to refute them. They are neither guesses nor generalities nor vagueness like the recent announcement of the Legal Service, whose effort, we repeat, is to create impressions and disorient public opinion. Since September 15, we have been patiently waiting for the decision of the Legal Service without having provoked anyone and without issuing any announcement. But our silence seems to have been misunderstood.

11. We recognize that the struggle of our clients is unequal because they have put up with the "system" which aims to exterminate them as we have long warned. The message to the common citizen, as we said in our previous announcement, is clear. Anyone who dares to mess with the system will be eaten.