Preparations are underway for the "unlock" of the dining areas 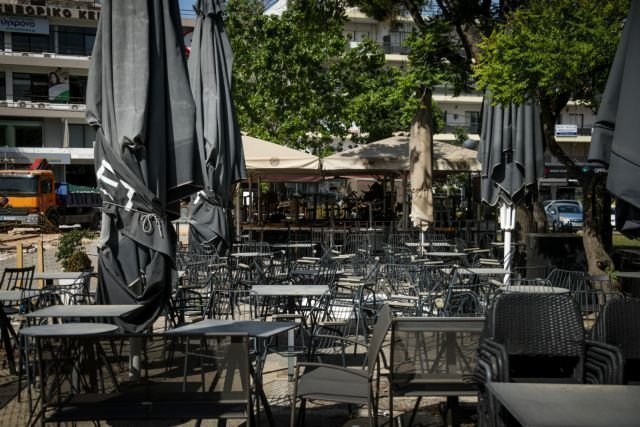 The entrepreneurs of the food industry started their preparations at a fast pace for their reopening tomorrow, according to the decree of the Ministry of Health.

The president of the Federation of Leisure Center Owners (OSIKA) Fytos Thrasyvoulou, in his statements to KYPE, called on the members of the Federation, as with the opening of their businesses tomorrow, to respect the protocols, the Laws, to observe the rules of hygiene. because they are the ones who will contribute to the restart of the entire food industry of Cyprus.

He also appealed to the people who will visit the restaurants to comply with the regulations imposed through the decree of the Law on Cleanup. As Mr. Thrasyvoulou explained, for any movement outside the table, everyone must bring their mask.

He noted that based on the decision that has been taken, from Tuesday, March 16, only the outdoor areas of the restaurants will be reopened. Mr. Thrasyvoulou stated that many companies that do not have outdoor facilities will not be able to reopen immediately.

He added that the penalties will be very severe and even provide for the immediate closure of those companies that do not implement the measures of the protocol. He also said that the employees in the catering centers will be subjected to a rapid antigen test (rapid test), the distances of two square meters per customer must be observed, as well as the hygiene rules and the markings. Mask will not be worn only by those of the guests sitting at the table and those of the staff who are above the cooking hobs, he concluded.

Mr. Thrasyvoulou in his statements to KYPE referred to yesterday's incidents where officials of two establishments failed to comply with the recommendations given to them by the members of the Police to comply with the Decrees, with the result that the Chief of Police exercised the powers deriving from Legislation, gave instructions to the members of the Police to serve on the responsible persons, notice of prohibition of the operation of their premises.

He said that these are individual incidents that we as a Federation unequivocally condemn and demanded the exemplary punishment of their owners. He also apologized to the people and society who make sacrifices to get rid of the pandemic, he concluded.