The sacrifice of Grigoris Auxentiou in playmobil (VIDEO) 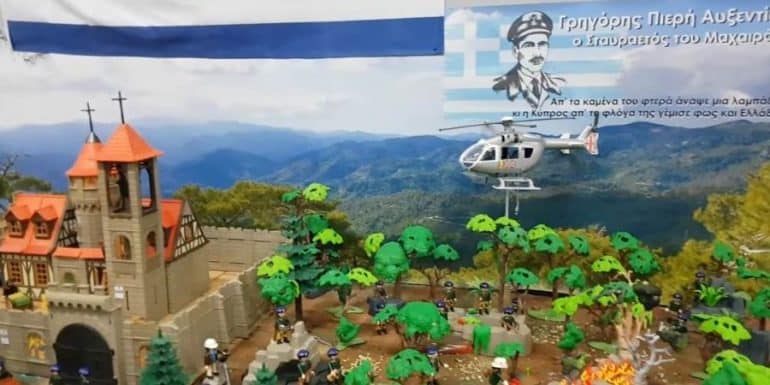 At the 5th exhibition of Hellas PlayMobil Customizers, the creation of the Cypriot Charalambos Pisias was presented, depicting the murder of Grigoris Auxentiou.

The creator himself in a post on social media wrote the following, "Where history meets your beliefs and ideals, where your imagination captures in a creation with small figures, where your mind and hands work with the aim of your soul, there you just.... "get lost" in a dream trip"

At the same time, the Playmobil Facebook page with a post referred to Mr. Pisia's creation, characterizing it as one of the most important exhibits of the exhibition.