SEC: Out of all logic and reality the charges of the banks

Apart from all logic and reality, the TEC considers the decision of the banks to proceed with new increases in product charges 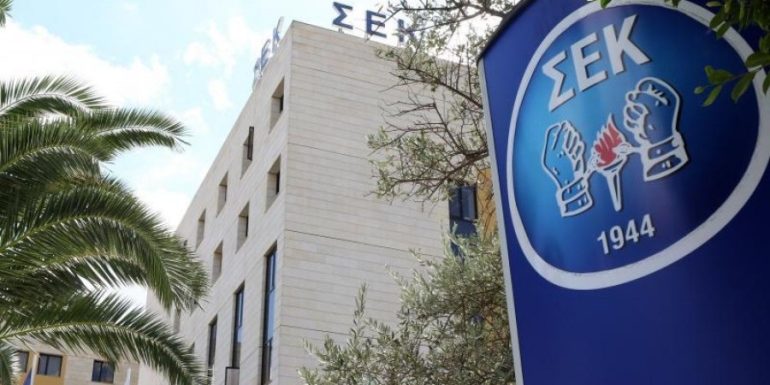 Apart from all logic and reality, the SEC considers the decision of the banks to proceed with new increases in the charges of the products and services they offer to the citizens - consumers and calls on all the institutions of the State to intervene vigorously.

A SEC statement said that at a time when the country is in the throes of an unprecedented pandemic, businesses are breathing government oxygen and citizens are experiencing a spike in inflation and precision, the last thing to do was for banks to confirm once again the lack of anthropocentric approach.

"Unfortunately, the issue is not new, but it is dated. "From the summer of 2018, when their intentions became clear, they are eyeing on a continuous basis the little or a lot of money that the citizens have in their wallet", it is noted.

Once again, he added, citizens are experiencing in their skin the banking arbitrariness of an impersonal banking system that aims only at maximizing profits and nothing else.

These conclusions are not arbitrary nor do they belong only to the SEC, the union adds.

"They are the essence of the conclusions of the discussions that took place in the recent past (2019 and 2020), in the Parliamentary Committee on Institutions, in which the issue of bank charges was discussed. "It was said there by branded and official lips, (in the presence of bank representatives) that, the citizens are in the hands of the banks which are a hard monopoly with all that this implies for the economy and the market", continues the announcement of SEK.

The SEC states that it has never demonized the profit, but it can neither accept the exaggerations, nor the extremes, nor the punishment of the citizens through an aggressive pricing policy.

Already, it is added, for the re-promotion of the issue again in the Parliament, a first intervention of the SEC was made to the Parliamentary Institutions Committee, while at this time, due to the above, we call on the banks to show restraint and suspend the new charges that caused the reaction not only of citizens but also of businesses.

The SEC calls on all state institutions (Government, Parliament, Central Bank, Commission for Protection of Competition) to intervene vigorously to stop banking greed that lacks humanity and logic and overturns the overall effort to revive the economy and create social cohesion conditions.