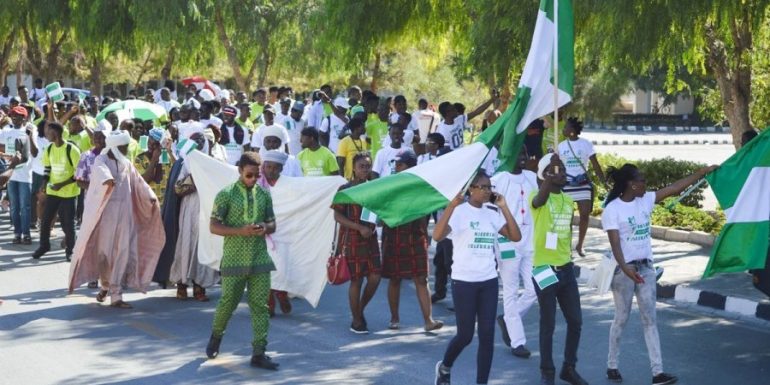 A cry of anguish from Nigerian students in the occupied territories who have called on the Federal Government to help to put an end to the mistreatment by the authorities of the pseudo state.

The President of the Diaspora Youth Ambassadors of Nigeria, Mr. David Alozie, who made the call on behalf of the students, said Nigerian students are suffering from intense depression as a result of the inhumane treatment meted out to them, which has resulted in high suicide rate among them in occupied northern Cyprus.

ABUJA, JULY 6, 2022
Members of the Nigerian Diaspora Youth Ambassador have raised an alarm over the plight of Nigerian students in Northern Cyprus.@abikedabiri@NigeriaGov@IOM_Nigeria
https://t.co/JrD3kbqS3n https://t.co/3k3SYFTrC4 pic.twitter.com/lO6Ur10AYw

Alozie led a four-man delegation to brief the Chairman, Commission on Nigerians in the Diaspora, NIDCOM, Hon. Abike Dabiri-Erewa.

In a statement, Mr. Gabriel Odu of the Media, Public Relations and Protocol Unit of NIDCOM, said the purpose of the visit to the committee was to seek prompt intervention from the Federal Government on the plight of Nigerian students in the occupied territories.

The letter notes that Nigerian students are racially discriminated against and deported upon arrival at the airport for coming into contact with any person in ''South Cyprus'', as they call the Republic of Cyprus.

According to Alozie, Nigerian students are forced to pay their fees in pounds while other foreign students pay in Turkish pounds.

He expressed willingness to work with the Commission on Nigerians in the Diaspora and other relevant bodies to create greater awareness of the challenges faced by Nigerian youths in the occupied territories.

"The Turkish Republic of Northern Cyprus is not the best place to study, as most institutions there are not recognized by the European Union (EU) or any country in the world," he said.

Responding, the President of NiDCOM, Dabiri-Erewa warned that "Northern Cyprus" is becoming a dangerous transit route for migrants, stressing that the country is not recognized by any country in the world except Turkey.

Abike stressed the need for further awareness raising for Nigerian youths who are leaving their country in the hope of better education.

Dabiri-Erewa assured that Nidcom would continue to work with relevant agencies such as the International Organization for Migration, IOM, Nigerian Immigration Service, NIS and the parent Ministry of Foreign Affairs on the vexing issue of pseudo-state.