Stefanou: The four-month exams must be abandoned

To start discussions for a new evaluation system in the model of modern educational systems, says the Secretary General of AKEL 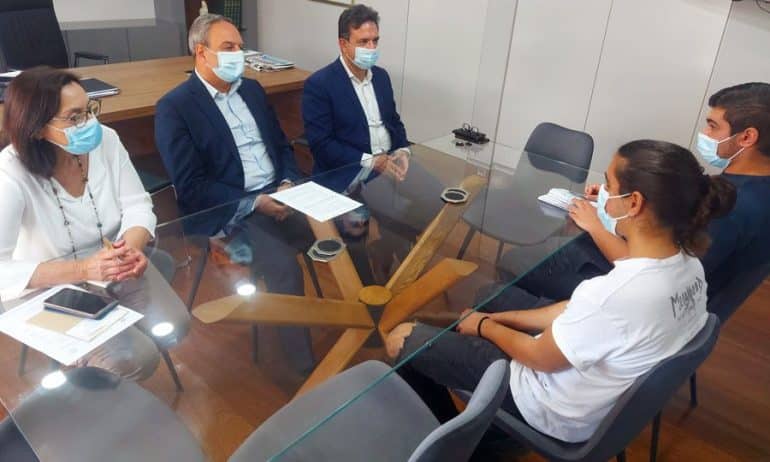 The position that the system of assessment of students with exams every four months should be abandoned and discussions should begin on a new system of assessment in the model of modern educational systems from advanced countries, which have unloaded the curriculum in both teaching hours and exams. and emphasize the creativity of the process and the thought, expressed again the General Secretary of AKEL, Stefanos Stefanou.

In his statements, after the meeting he had at the party's offices with the leadership of PSEM, Mr. Stefanou said that "instead of the government following the path of the advanced educational countries, it goes in the opposite direction", to note that the His party "from the beginning had stressed that the practice with the 4-month exams will take the education system back, because instead of facing the problems it will multiply them".

According to Stefanos Stefanou, "the problems have indeed multiplied", to add that "educational organizations and students and parents admit it, while the academic community points out the multiple problems caused by this system".

He added that "the problems have intensified, due to the fact that in recent years, due to the coronavirus, there is a special situation in the field of education, with the result that high school students this year are the victims of this situation."

"Instead of our education emphasizing creativity, emphasizing the learning process, so that our young people acquire critical thinking, but also the opportunity to work with knowledge, to analyze it and put it into real life, the "The whole process turns into a process of storing knowledge, which eventually goes as far as the examination process," he said.

During the meeting and on the occasion of the price increase, PSEM raised the issue of bus fares and student transport, with the Secretary General of AKEL talking about an "unacceptable" attitude of the Minister of Transport, since as he said from Last March, PSEM sent a letter to discuss the issue and despite the assurances given from time to time by the competent Ministry, the Minister or another official of the Ministry of Transport has not yet met with the students' representatives.

He called on the Minister of Transport to finally meet with the PSEM and discuss together ways to deal with the increase in fares, noting that the meeting "must take place".

We all know, he added, "how much pressure is put on households, due to the increase in prices for basic goods and one of them is the increase of bus fares, for the transportation of students".

Referring to the 4-month exams, the President of PSEM, Grigoris Grigoriou, said that "students have become guinea pigs in a failed experiment", stressing that "this system must change".

He spoke of an "anti-pedagogical institution", which creates multiple problems, such as an increase in pre-school education, a reduction in teaching time, and stress for students.

Finally, he thanked for the support of AKEL to all the struggles and claims of PSEM and the organized student movement