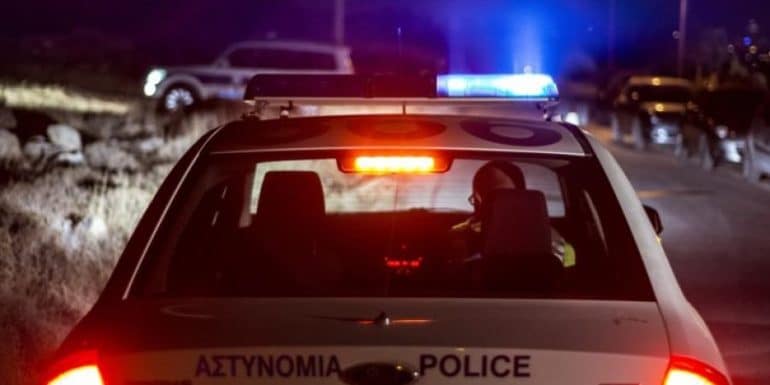 The Paphos Police is investigating a case of possession of an offensive instrument, possession of an object that emits harmful gases, assault with actual bodily harm and theft of a telephone with a 29-year-old victim, a permanent resident of Paphos.

According to the press representative of ADE Paphos and Head of TAE Paphos, Michalis Nikolaou, the 29-year-old complained that at 23:50 on Thursday he was attacked by three people.

Specifically, he said that at that time he was walking on Eleftheriou Venizelou Avenue heading to his work at a bakery when he met three pedestrians on the street. The three persons were coming from the opposite direction and at some point one of them approached him and beat him with a bat and then sprayed him with noxious gases, according to what he complained.

The 29-year-old was taken to the Department of Accidents and Emergencies of the General Hospital of Paphos where, according to the doctor on duty, he had various abrasions on his hand. The incident is being investigated. Mr. Nikolaou noted that the motives of the perpetrators from the preliminary examinations seem to be racist.